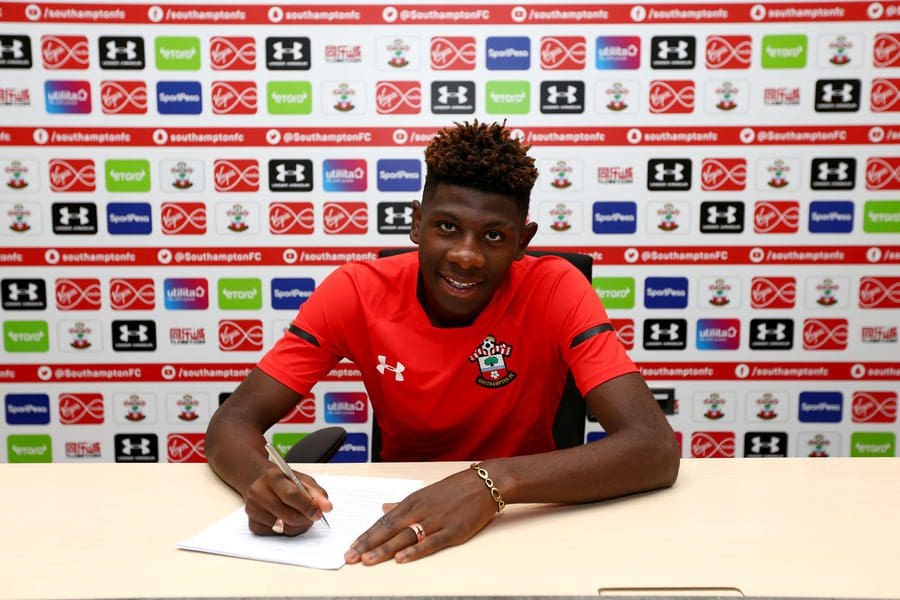 Alexandre Jankewitz, the latest debutant of Southampton in the Premier League has been with the club for more than a couple of years now and is slowly acclimatising himself with the nuances of English football.

The 19-year-old Swiss international, before he arrived at St.Mary’s only played back in his hometown. He started his footballing career with the development squad of Servette FC in the Swiss U18 Elite League and made an immediate impact catching the eyes of many European scouts, primarily from the Premier League.

Jankewitz was heavily scouted by Southampton and Tottenham Hotspur with the former sniffing the talent under Spurs’ nose. In a forthwith, the midfielder was sent to Southampton’s Under 18 squad as a first-year scholar. The Saints had made it clear from the inception that Jankewitz was here for the senior team but they would take it slow and move the Swiss up the hierarchy after he is deemed competent.

The youngster had made 12 performances for Southampton’s Under 18 team wherein he tallied only one assist before moving further up the hierarchy to the Under 23 squad. The Swiss gem mustered 17 games for the older squad but again endured a solitary assist in the process.

His stats with the Under 18 and 23 squad are no testimony for what a talent he is. We haven’t still seen what a prodigy he is in the midfield and the development he made while growing up in the academy.

Alex Jankewitz has been playing quality football since he was fifteen and has represented Switzerland in all age category football starting with Under 15. He has slowly but surely built up his portfolio as a versatile midfielder who can play in various midfield positions on the field. He is one of those very few who can don as an attacking midfielder, drive as a central midfielder and steal possession as a defensive midfielder.

The Swiss primarily plays as a central midfielder but is equally adept to play the pivot role and slotting in as a number 10 which makes him a box-to-box player who can defend and attack exquisitely. He has strong legs that help him make sprints and accelerate as per his will. He also possesses prowess in moving the ball up the pitch from deeper areas which when coupled with his passing abilities work wonders for his team.

Alexandre Jankewitz can be helpful even in the defensive quadrant. He has excellent game intellect which helps him position brilliantly as a defensive midfielder and makes strong tackles to cease oppositions defence.

With all that he has in his bucket, the youngster is still a raw product that needs to be brushed with gameplay. He has started his senior career with a forgettable debut against Manchester United where he was sent off in 79 seconds. He still has plenty of time to play quality football and we can surely see the talent starting regularly for Southampton in a few years.