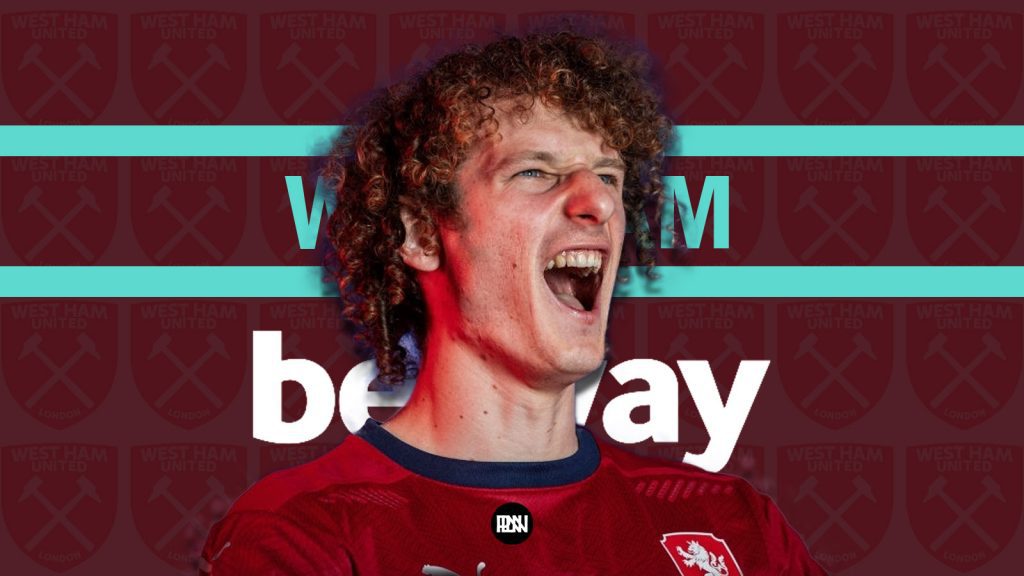 Deadline day has got all clubs across Europe moving in a hurry to get their targets before the 23:00 deadline, and as a result, there is a lot of movement in the market, with almost all clubs and player agents working overtime to secure deals for their targets. West Ham United are no exception to that, with some deals set to be completed in the next few hours.

The East London club have already announced the acquisition of attacker Nikola Vlasic from CSKA Moscow earlier this morning. Now, the Hammers are looking to strengthen even further for the upcoming season, with reports stating that they are close to signing Spartak Moscow midfielder Alex Kral. The midfielder has been a long-time target of manager David Moyes, and West Ham are now close to signing the 23-year-old on loan.

West Ham have had a superb opening to the new season and now find themselves second in the premature league ahead of the likes of Liverpool, Man City, Chelsea, and Manchester United. They were brilliant and dominating in all their games, and with two wins and a draw, they are now in a great position going into the first international break of the season. The Irons will need to sustain this form if they were to challenge for the Champions League spots and to do that Moyes needs to have more quality and depth in his squad, which brings us to Alex Kral.

WHAT WILL ALEX KRAL BRING TO THE IRONS?

The Czech midfielder will arrive at West Ham as a bit of an unknown entity, although few fans on social media were quick to bring out compilations of his best bits at Moscow. That has certainly got the fans going, and they are excited to welcome the 23-year-old to the club. Kral will have some hopes pinned on him, after the last two Czech transfers in the form of Vladimir Coufal and Tomas Soucek having excelled since their arrivals.

Scouts and pundits have described Kral as a holding midfielder or a defensive midfielder. Although he did not start out as a midfielder instead playing as a defender early in his career before progressing on to a midfield role after his playing ability became evident. This factor makes him an absolute dream solution to any midfield, with his ability to cover for defensive positions.

While the Czech is a primary holding midfielder, he is also said to be comfortable in a box-to-box role, which bodes well for West Ham, meaning he can replace either Declan Rice or Tomas Soucek whenever they are unavailable. Both of them are key to West Ham’s form. They can work in tandem and make things tick for the West Ham midfield.

Coming to Kral’s strengths, his main strength would be his ability to read the play and intercept passes. He has an amazing understanding of the game and can read the opposition play while intercepting dangerous passes. His natural defender also comes to shore with his penchant for tackling and getting stuck in. Again, another great quality to have in a rough and physical league like the Premier League!

Last season, West Ham set up in a 4-2-3-1 for most of the season, while also experimenting with a 3-4-3 or a 3-4-2-1 at the end of the season. Almost all of their best plays came from counter-attacks, where at least one holding midfielder stayed at the back while the other made late runs into the box. With Kral, they have the defensive cover they need at the back, allowing whoever playing beside him to go further ahead and supplement the attack. Even in possession, Kral is calm, composed and his dribbling abilities are superb.

Another factor that would make the Czech suitable for David Moyes’ system is caution when on the ball. A typical feature of Moyes teams along the years has been a sense of caution while in possession. They do not take unnecessary risks, playing safe passes and progressing up the pitch. Kral is known to be a safe passer and likes to play short passes. His ability to play long passes and picking out a run from the deep need some development, but nevertheless, his short passes are almost always inch-perfect.

The promising youngster had a decent 20/21 campaign as well, with 29 appearances, averaging 1.5 tackles, 1.8 interceptions, and 0.8 clearances, while also providing five assists. With two full seasons in the Czech league under his belt, all signs indicate that he is on a clear path of development. He has bettered his stats from 19/20 in 20/21 and with fellow countrymen in Soucek and Coufal to mentor him, he will no doubt get even better at West Ham.

West Ham have a set defensive midfielder in Declan Rice, whose injury left the Hammers short in the midfield at the back end of last season. The signing of Kral addresses that issue and ensures that Moyes has options to select from in case either Rice or Soucek are unavailable. The Hammers’ midfield were one of the main reasons for West Ham’s upturn in form at the end of last season, and it is once again key to their form now.

Although West Ham’s midfield options are praiseworthy, there is no denying that Alex Kral is a really promising youngster and they would love to get their hands on Kral before his transfer value increases.

There is no doubt that at 23-years of age, Alex Kral has shown enough potential to prove that he is ready to make the step up to the Premier League. It now remains to see if the deal is completed before the 11 pm BST deadline, with both the clubs and agents said to be working fervently to bring the player to London. While all talks as of now are of a loan deal, West Ham have pushed towards a buy option as well, with the initial fee said to be around £12 million.

OFFICIAL: Leeds United sign Daniel James for £25 million
Saul Niguez: What to expect from Chelsea’s new jack of all trades
To Top