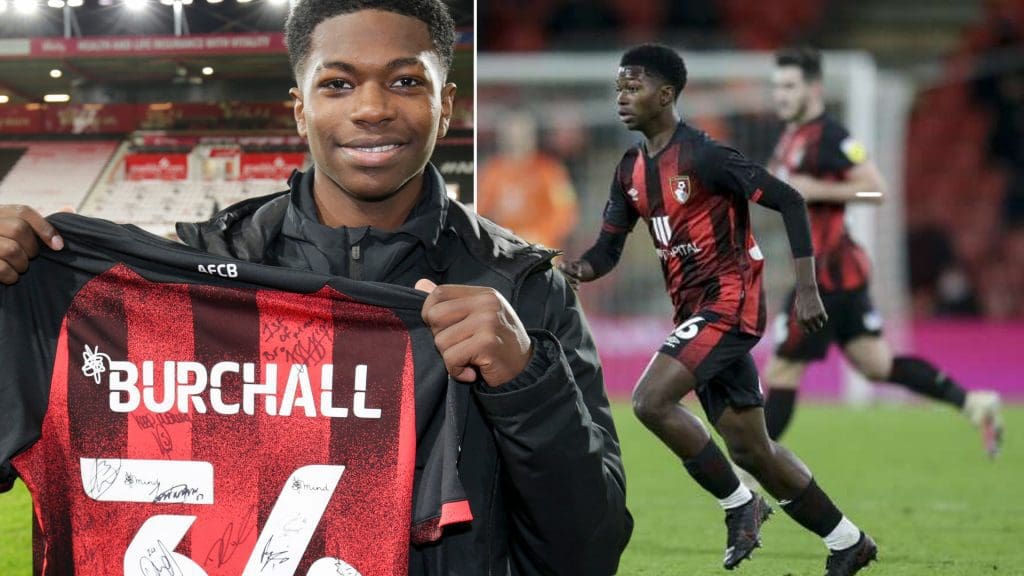 Arsenal have had a long history of chasing youngsters in the championship or exciting youngsters in Europe, who might not have a lot of experience but have the potential to become world superstars. This process worked wonders during Arsene Wenger’s era, as they developed players like Van Persie, Cesc Fabregas, Nicolas Anelka, Theo Walcott into world-beaters while Jack Wilshere was an anomaly whose career took off in a grand fashion, as he was one of the silkiest footballers in the Premier League but injuries hampered the Englishman’s career.

Today, Arsenal have their own crop of youngsters coming through the ranks through the academy in the form of Bukayo Saka, Emile Smith Rowe, Maitland Niles, Joe Willock, Reiss Nelson, Eddie Nketiah and several others. However, many of these players are out on loan but Arsenal have played an integral part in the development of these players and there is a reason why Bukayo Saka & Emile Smith Rowe are still at the club- their ingenious talent in the attacking third of the pitch.

Ajani Burchall is a similar talent. A Bournemouth academy starlet who plays as a forward and recently became the Cherries’ third- youngest-ever player to play for the club after he came on as a substitute in the club’s 5-0 win over Huddersfield Town in December 2020.

Since becoming Arsenal Academy manager in 2018, Per Mertesacker,  has become an important part of the youth recruitment process at Arsenal. Nikolaj Moller, Jonathan Dinzeyi, Omar Rekik, George Lewis, Tim Akinola, all have joined up with the U-23 squad.

Per Mertesacker is keen on adding Ajani Burchall to this list, because the Bermudan forward is extremely talented and his attacking instincts are at a level higher than what is expected of somebody who is only 16 years old. Arsenal have long looked for strikers in their development squads, but the options are very few as the majority of players prefer playing in midfield or on the wing.

This is also the reason why other clubs in the top tier of English football have been linked with Burchall’s signature. Clubs in Europe have taken notice ever since Erling Haaland at RB Salzburg and Kylian Mbappe at Monaco have broken out on the world stage, especially in the Champions League which led to them securing big-time moves to Dortmund and PSG respectively.

Arsenal could be frontrunners to secure a deal for the 16-year-old Bournemouth academy starlet as Thierry Henry could be appointed as the new Bournemouth head coach to replace the current caretaker in the form of Jonathan Woodgate. Thierry Henry, being an Arsenal Club legend could certainly help this move, as Mikel Arteta will certainly look at this as an advantage and look to establish a long-term relationship that could be a two-way beneficial deal.

There are many examples of such two-way clubs, one being a giant in world football while the other being a lesser team in the same league or in a lower league but with an excellent youth academy. Recent examples could be Liverpool & Southampton, while there are clubs like Chelsea, RB Leipzig who send their players out on loan to clubs like Vitesse and RB Salzburg for further development and purchase their marquee talent in return.  Mikel Arteta could develop a similar relationship with Bournemouth F.C with Thierry Henry at the helm, and this could certainly help to sweeten the deal for Ajani Burchall.

“I look forward to improving myself physically and technically, which would help to improve me as a player. Hopefully, I can keep improving and score some goals as well as get some assists. If I can do these things maybe I’ll impress enough to get more minutes and experience with the first team.” – Ajani Burchall was caught speaking to the Royal Gazette as he expressed his desire to spend more minutes at Bournemouth for his development.

The 16-year-old is fast and a direct runner and somebody Arsenal are really interested in. It is a big stretch to say Ajani Burchall could become a world-beater someday, but that is how quickly careers develop these days and Arsenal wants to get ahead and secure a move for the youngster and make a smart investment for the future and for their aging forward line.