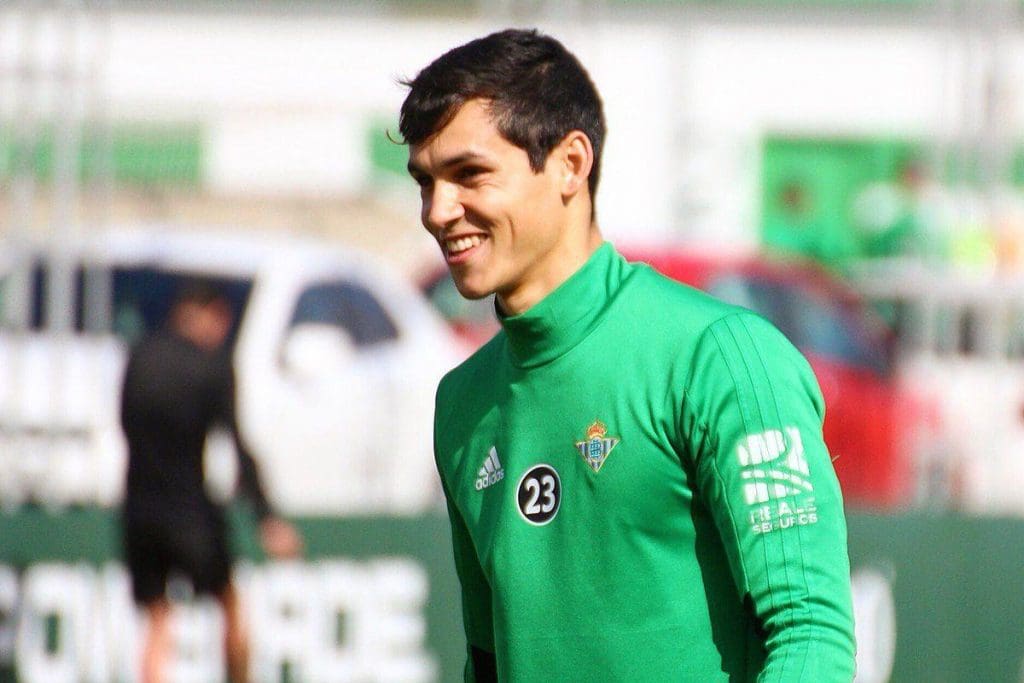 Aïssa Mandi is a professional footballer who was born in the town of Châlons-en-Champagne in Northern France to Algerian parents from Oran.

The 28-yrs-old footballer plays for Spanish club Real Betis and the Algeria national team. He primarily plays at right back but he’s also capable of playing as all centre back.

Though Mandi was eligible to play for either France or Algeria due to his father’s origin but Mandi decided to play for Algeria instead.

In March 2014, Mandi made his first senior international debut for Algeria. He was a member of the Algerian team for the 2014 FIFA World Cup in Brazil and the 2015, 2017 and 2019 Africa Cup of Nations which they eventually want..

Mandi began his football journey at the tender age of 8 at Stade de Reims, where he was until he was promoted to the senior first team.

He made his professional debut for Reims in a Ligue 2 match against Le Havre AC on 20th August 2010.

On 30 June 2016, Mandi was signed by Spanish club side Real Betis on a five-year deal.

Aïssa Mandi has appeared in 22 matches for his club side this season in La Liga, playing a total of 1948 minutes. He has so far conceded an average of 1.25 goals for every 90 minutes. He also has a Clean Sheets ratio currently at 18%. That means Mandi has kept a Clean Sheet in 4 matches out of the 22 that he’s played in. He has as well contributed an average of 1.5 interception per game, 1.2 tackles per game and 3.2 clearances, without committing a single shot leading to goal.

Real Betis management reportedly suggests that any deal for the player would cost up to €20 million (£17.6m) but the club are hopeful of tying the Algerian international player down to a new contract, which will include a €50 million (£44m) release clause in that deal.

And according to some reports from Spain, Newcastle have weigh in their interest on the 28-yrs-old defender, trying to trash out a deal to bring the Algerian to St.James Park this summer.

Newcastle United would definitely be right to take the risk on Mandi, as the Algerian defender has proven himself to be a top player in La Liga this season and he would undoubtedly add some serious competition and experience to Newcastle’s current defensive options.

Juan Foyth has no future at Tottenham, says his agent
Norwich director says it would be unfair for PL teams to be relegated if football doesn’t start
To Top