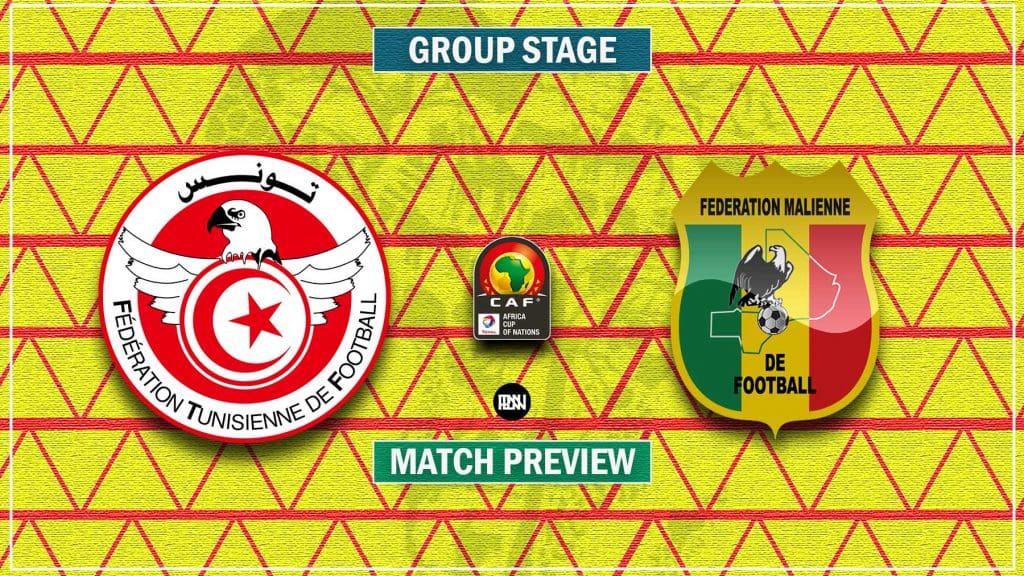 The much anticipated 2021 AFCON is underway and Mali lock horns with the Carthage Eagles of Tunisia at the Stade Omnisport de Limbé on Wednesday, January 10, 2022, in group F.

With Mali’s surge in performance in recent times, we will be expecting a tough encounter as the search for their 1st ever AFCON trophy continues. It is Mali’s 12th participation in the Africa Cup of Nations and they are so far unbeaten against Tunisia at the Africa Cup of Nations. They have met twice in the AFCON, each time in the group stages: Mali won 2-0 in 1994 and a 1-1 draw in 2019.

Mali can boast of the best defenders coming into the tournament, conceding 0goals in their previous 6 outings and will prove tough for the Tunisian attack.

All the signs around Mali are positive and many are in dilemma as to whether they can translate their decent run in the qualifiers into the tournament for the first time since reaching the Semi-finals in 2013.

Tunisia on the other hand, powered through to the semi-finals where they fell at the hands of Senegal in 1-0 defeat in extra time in their last AFCON appearance in 2019. Much of the blame for their failure to make it to the final was directed at their former manager Alain Giresse who later left the job after 8 months in charge.

Manchester United youngster Hannibal Mejbri is expected to be in the lineup and replicate his performance in the just ended FIFA Arab Cup. Head coach Kebaier will opt for the 4-3-3 formation which he invariably deployed in club football and a 4-2-3-1 formation that emphasises the attack even more. With no injury news in camp, Whabi Khazri and Slimane are expected to lead the lines for the Tunisian side.

With Mali not lacking in terms of quality in the middle with Yves Bissouma, RB Leipzig midfielder Amadou Haidara and Adama Noss Traore, this team has the ability to frustrate the Tunisia team. Southampton‘s Moussa Djenepo could be a real asset for the Eagles with his ability to excite with his quick feet on the flanks.

Tunisia will go into the game with the 4-3-3 formation that focuses on getting the ball forward quickly and generating high-quality shots.

Saint Etienne forward Wahbi Khazri with his great technical quality is one to watch out for, having exploded in the previews tournament for Tunisia in Egypt 2019. Wahbi Khazri will lead the Tunisia attack, having scored seven of Saint-Etienne’s 17 league goals this season.

Mali will however parade a tough midfield with the inclusion of Yves Bissouma, Amadou Haidara, Adama Noss Traore among others which will help neutralise the Tunisian game.

The last 5 meetings between these two sides have seen both sides winning two each with one ending in a draw.

PREMIER LEAGUE PLAYERS TO FEATURE IN THIS MATCH:

The Brighton and Hove Albion midfielder will be a great addition to coach Mohamed Magassouba’s side.
Bissouma has shone as an all-action box-to-box player for Brighton this season and will play an important role for the Malian side.

Hannibal recently played his part as Tunisia got through to the final of the FIFA Arab Cup in December, losing in the final to Algeria. The talented Manchester United youngster is one of the youngsters tipped by many to take this AFCON by storm.

The Saints winger who has played ten times for the club so far this season will be a great asset for the Eagles. With his quick feet and speed, he will be a menace to the Tunisian defence.