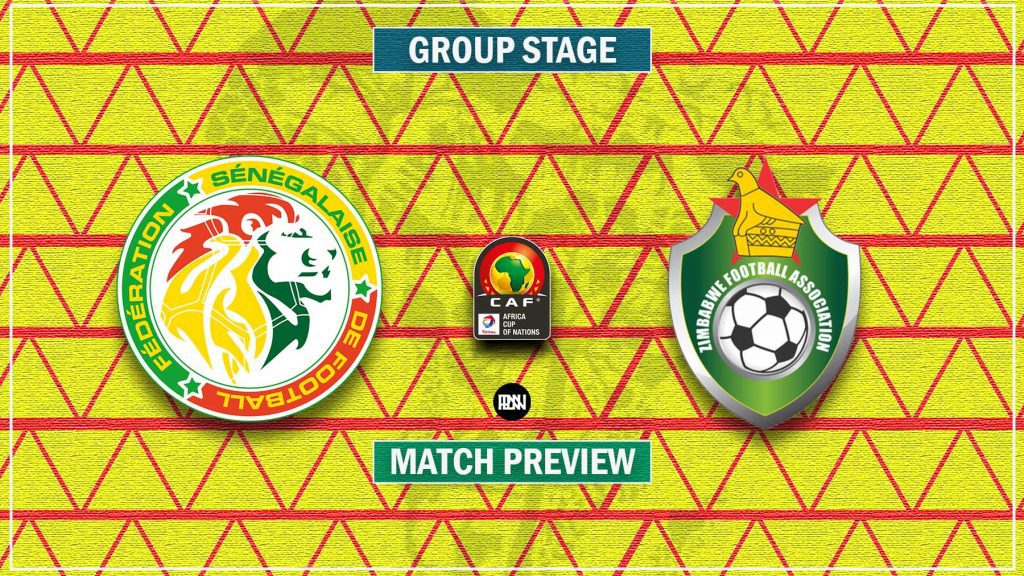 Senegal after encountering heartbreak in the last edition of the Africa Cup of Nations come into another campaign hoping to lift the ultimate. The Teranga Lions were beaten by Algeria in the final in Egypt in 2019, ending their hopes of winning their first AFCON title.

Counted as underdogs, Zimbabwe are one of the teams who could cause an upset at this year’s competition. Zimbabwe’s plans for the tournament in Cameroon were hampered with the injury Aston Villa midfield man Marvelous Nakamba.

The west African side fighting for continental supremacy and their quest for it will begin against Zimbabwe on Monday, January 10.

Just a day after arriving in Cameroon, the Senegal national team have been hit with nine covid-19 positive cases in the team.

Nakamba’s absence will be a huge loss for Zimbabwe but the retirement of Khama Billiat, ruling him out of the continental showpiece might leave the Warriors with just a slim chance of going past the group stages.

With a little addition to the squad that lost the 2019 AFCON final, Senegal have been one of the toughest teams to beat in Africa. They are currently on a six-game unbeaten run that involves five wins. Senegal were one of the eight teams that came out of the AFCON qualifiers without a loss.

They won four of their games while drawing the other two. Senegal also scored 10 goals during that run.

Against a Zimbabwe side that finished behind Algeria in the qualifiers, Senegal wouldn’t need to do much but Norman Mapeza has enough quality in his side to cause an upset.

Zimbabwe especially will be cautious not to throw bodies forward but sitting too deep could also mean inviting pressure upon themselves.

PREMIER LEAGUE PLAYERS TO FEATURE IN THIS MATCH

With Chelsea shot-stopper, Edouard Mendy ruled out of Senegal’s opener, Liverpool’s Sadio Mane could be the only Premier League based player in the game. The forward was among the goals in his last game prior to his departure from England as he scored in the 2-2 draw against Chelsea.

With eight league goals this campaign, Mane is hoping to bring his club performance to the national team, which could be key to Senegal replicating their run from two years ago.

Watford’s Ismaila Sarr is still yet to be given the clearance to play though he was part of the Teranga Lions’ final 28-man squad for the competition.

Can Spurs bounce back to winning ways vs Morecambe or will the Magic of the Cup prevail?
Guinea vs Malawi: Match Preview | AFCON 2021
To Top