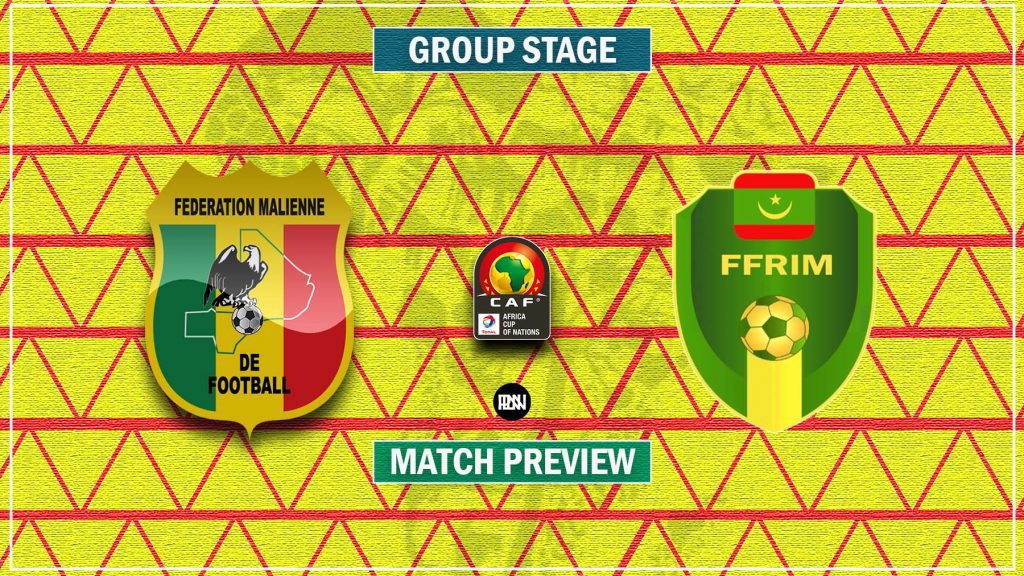 In the last group-stage matches in group F at the Africa Cup of Nations, Mali will take on Mauritania at the Douala Stadium on Thursday evening. With Mauritania looking to be exiting the tournament after losing their first two matches, they face a tough test as they come up the eagles who only need a point to book a place in the knockout phase of the tournament.

Mohamed Magassouba will make no changes to his side that were held by the Gambia to 1:1 draw on matchday 2. Yves Bissouma and Amadou Haidara alongside Daddie Samassekou will be holding the Malian midfield whiles Kone leads the attack.

The Brighton midfielder who was handed his first start in years for the Malians excelled in the game with Gambia and is expected to be rewarded with another starting berth. Southampton’s Moussa Djenepo will however be missing in action due to suspension.

With no injuries or Covid-19 cases in camp, Mauritanian head coach Da Rosa is expected to shuffle his XI, handing starting roles to a few  players on the bench. Former Fulham forward Aboubakar Kamara will however handle business at the attacking end of the pitch together with 29-year-old Pape Ibnou Ba.

The Brighton midfielder in his first start since 2017,  won a penalty for his country in the 79th minute which Ibrahima Kone converted. However, the Brighton and Hove Albion midfielder went on to give away a spot-kick 10 minutes later, denying his side all three points.

The talented midfielder is expected to be handed another starting berth to produce magic for the Eagles to secure qualification to the next round of the competition.

Moussa Djenepo has received back-to-back yellow cards and is expected to miss this crucial game through suspension.

This will be the 32nd meeting in all competitions between these two sides with Mali dominating with nineteen (19) victories, eight (8) resulting in a draw and Mauritania winning four(4). Their last meeting at the AFCON was in 2019 where Mali recorded a 4:1 victory over the Lions of Chinguetti.

With Mali being denied an early qualification to the last 16 by highly spirited Gambia on Sunday, the Eagles will go all out in this very encounter as a draw will automatically push them to the next phase. Mohamed Magassouba’s side are unbeaten in their last 9 competitive games, winning 7wins and two draws and will be looking forward to a victory in this encounter.

Mauritania on the other hand are without a point after two games, losing 4:0 to Tunisia and 1:0 to Gambia. However, a win for the Lions of Chinguetti in this game could retain their hope of advancement to the next phase. They currently sit bottom of the group F with no points or goals.