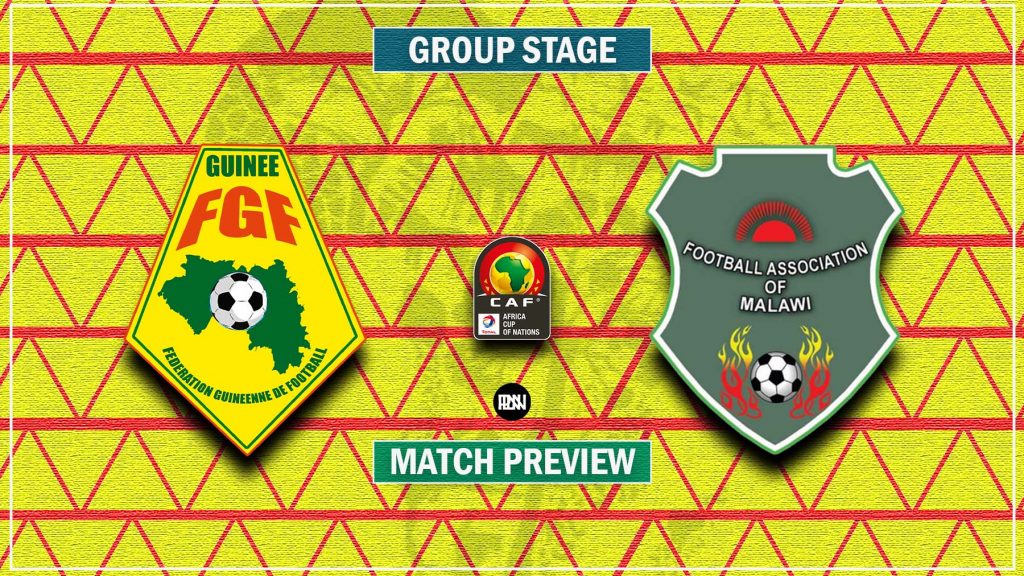 Both teams not so much regarded as favourites, matchday two of the Africa Cup of Nations will see Guinea play Malawi in the second game in Group B.

Guinea have been in the last six AFCON editions with the 2019 edition Egypt seeing them get knocked out in the round of 16. The Syli National lads lost with a 3-0 scoreline to Algeria, who eventually went on to win the competition.

Back in the fold again, Guinea, who are yet to enjoy a success story in the continental showpiece are hoping to go a step further than they did in 1976 where they finished as runners up. A 1-0 win over Uganda on the final day of the qualifiers saw Malawi earn a return to the AFCON since last playing in the competition in 2010. This will also be Malawi’s third appearance at the biennial tournament.

Guinea and Malawi are in Group B, where they are joined by Senegal and Zimbabwe.

Called up for his first major international tournament, the onus is on Ilaix Moriba to convince his club side that he deserves more opportunity. The 18-year-old is expected to be a strong part of Guinea’s squad in Cameroon as they search for a first AFCON title.

Mohamed Bayo’s impressive form at his club also means he is in line to lead Guinea’s attack against the Flames on Monday.

Malawi is also another side to have been hit with positive cases upon arrival in Cameroon. Charles Petro and Mark Fodya will miss their opening game while Richard Mbulu has been given the all-clear to join the squad for the opener.

Guinea have won two of their last five games against Malawi across all competitions. However, in their last six games, the Syli National have only recorded one win, beating Rwanda in a Friendly game earlier last week.

Malawi, who won their last game have also lost four of their last five games, conceding 10 goals during that run. Their results in that run mean the Flames defence is a cause for concern against a player like Bayo, who has nine goals in 17 appearances in the French Ligue 1.

Liverpool midfielder Naby Keita was on target as Guinea 🇬🇳 defeated Rwanda 🇷🇼 2-0 in a friendly game this evening in Kigali.

The Sylis fly out tonight to Yaounde aboard a chartered RwandAir flight and will then connect to Bafoussam where Group B will be based. #AFCON2021 pic.twitter.com/06Rt5nZcX5

Liverpool’s Naby Keita is set for his first outing as the captain of the side at a major tournament. Keita, who has started to show his talent at Anfield would have to lead his nation on the pitch against Malawi.

Keita has been involved in three goals in 11 Premier League games this season, with just six of them being as a starter.

The 26-year-old will be participating in his third AFCON competition having played in the 2015 and 2019 editions. He played just two games during the 2019 edition due to injury concerns but a much-improved fitness should be key to giving his all in Cameroon.

Senegal vs Zimbabwe: Match Preview | AFCON 2021
Group A: Traore on the losing side as Cameroon beat Burkina Faso | AFCON 2021
To Top