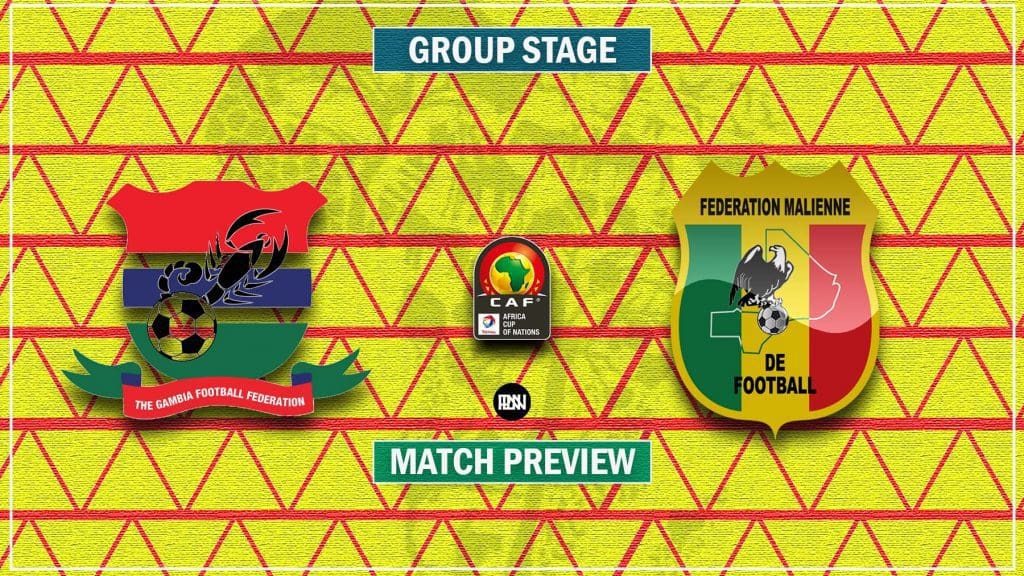 Mali on the other hand remains unbeaten in opening AFCON matches after securing that controversial 1-0 victory over Tunisia.

Gambia will be focusing on Musa Barrow upfront as their danger man. The Bologna goal poacher already have five (5) Seria A goals this season for the Felsinians and will be a threat for the Malian defence.

Modou Barrow, Ebrima Colley, as well as defender Omar Colley will also be expected to help Gambia secure their first-ever AFCON round of 16 qualification with a victory over the Eagles.

Ablie Jallow will however go down in Gambian football history as the first man to score Gambia’s first-ever AFCON goal and will be centre of attraction in the Gambian set-up.

After that controversial 1-0 victory over Tunisia, the Eagles eyes another victory over the scorpions to secure a round of 16 spot.

Yves Bissouma who started from the bench in their group opener is tipped to be in the starting lineup alongside RB Leipzig’s Amadou Haidara.

Moussa Djenepo and Adama Traore will be on the flanks with Ibrahima Toure leading the attack for the Eagles.

This will be the 19th meeting between the two sides with Mali recording eight(8) wins to their name. Gambia, on the other hand, have six(6) victories with four (4) ending in a draw.

The Eagles are currently on a seven-game unbeaten streak, winning six and shockingly topped their FIFA World Cup qualification group without conceding a goal. Gambia won three of their six friendly games heading into this tournament.

The Gambians are likely to retain their lineup that secured that historic victory over Mauritania. Musah Barrow of Bologna will be the arrowhead with support from Ablie Jallow and Ebrima Colley in the attack.

The Malians will opt for the 4-2-3-1 formation with Ibrahima Toure being the target man. There will however be some changes in the midfield as Bissouma is expected to be handed the starting role which will give the Eagles more urge to be sharp upfront. Mali’s midfield was soo formidable with the pairing of Amadou Haidara, Adama Noss Traore and Diadie Samessekou in their opening game.

PREMIER LEAGUE PLAYERS TO FEATURE IN THIS MATCH

The Brighton midfielder is expected to start his first-ever game for the Eagles after a three years absence. The experienced midfielder who played a cameo in their 1-0 victory over Tunisia on Tuesday is tipped to start for Malians. His presence will add a lot of qualities to the Malian midfield which comprises Samassekou, Noss Traore and Amadou Haidara.

The silky winger is expected to come to his full form against Gambia with fans not really impressed with his effort against Tunisia. Djenepo who caused many upsets at the Tunisian defence has been urged to come to his best form as they seek to secure qualification to the next phase of the competition.