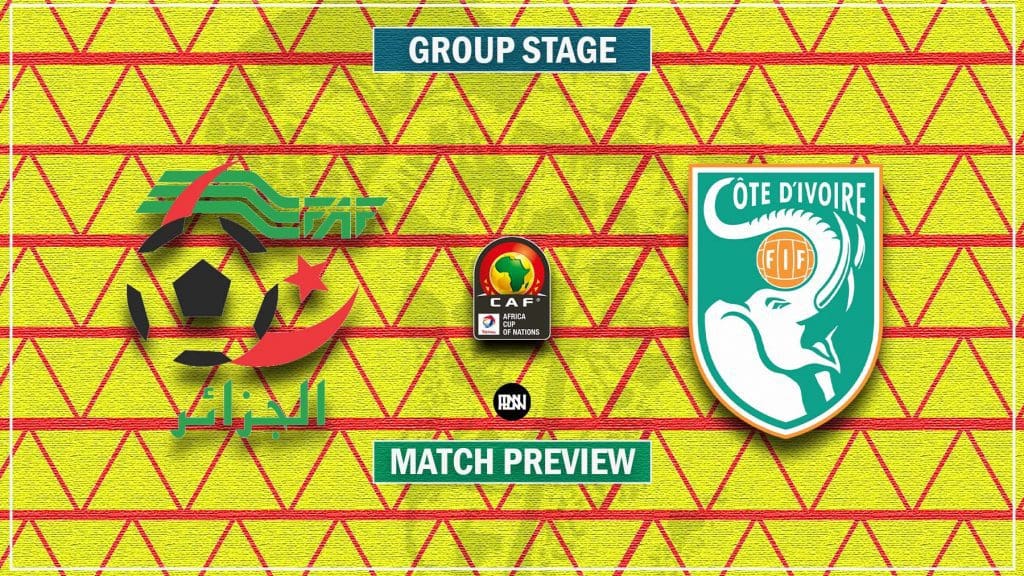 The first two rounds of matches of the 2021 Africa Cup of Nations have provided us with excitement, drama and something to think about.

There have been a plethora of interesting scorelines in the various groups and makes one wonder how bereft we would have been of this entertainment, if CAF had succumbed to the demands of the European Clubs Association and FIFA President Gianni Infantino.

Football is a very funny sport. In about 35 matches, the Desert Foxes of Algeria had not lost a game. They had conquered Senegal, Nigeria, Colombia, Ghana, Tunisia among other football powerhouses. However, in their 2nd group stage game against Equatorial Guinea, they lost by a lone goal courtesy Esteban Obiang in the 70th minute to put an end to an impressive and staggering 35 match unbeaten record. The Defending Champions lost to a side ranked 114th in the world and 28th in Africa.

This therefore sets one’s mind to think that, it’s not for nothing that in 33 AFCON tournaments, only 3 countries have won the title back to back. Egypt, Ghana and Cameroon are the only 3 who have achieved the feat.

Algeria’s title defence has hit a snag as they are currently bottom of the table with 1 point.

Heading into the game, the Defending Champions, Algeria are surprisingly at the bottom of the table, below Ivory Coast who top the group with 4 points , Equatorial Guinea on 3 points and Sierra Leone with 2 points.

The blockbuster clash between the 2 time AFCON winners, Algeria and Ivory Coast comes off on Thursday 20th January 2022.

Algeria has gone head to head with Ivory Coast 24 times with Algeria winning 9 matches, drawing 7 times and losing 8 matches. In their last 5 meetings, the Desert Foxes have won twice, drawn once and lost twice. The Ivory Coast painfully lost to Algeria 3-4 on penalties in the Quarter-final of the 2019 AFCON held in Egypt and will be seeking to exact revenge by dumping Algeria out of the tournament.

Algeria needs all 3 points in order to have a shot at qualifying to the knockout stage as the exit looms for the Desert Foxes. For the Ivorians, the attempt to secure a 3rd AFCON title is well on course with a win over Equatorial Guinea and a 2 all draw with Sierra Leone.

The Ivory Coast has won both AFCON trophies at the expense of Ghana. With Ghana exiting the tournament at the group stage, has it lessened the chances of The Elephants or it’s time to rewrite the story?

With the injury to Badri Ali Sangare and Sylvain Gbohouo’s doping ban, Ivory Coast will rely on Abdoul Karim Cisse (Asec Mimosas) to man the post for them.

Manchester United’s Eric Bailly was substituted due to injury in the previous game and is a major doubt for the game. He is expected to be replaced by Bayer Leverkusen’s Odilon Kossounou.

The Elephants of Ivory Coast are expected to still go with their 4-3-3 formation. The 4-3-3 metamorphoses into 4-2-3-1 formation with Franck Yannick Kessie and Jean Michaël Seri acting as the double pivots.

Franck Yannick Kessié has come under heavy criticism for his seeming indifference in the midfield and how he is not in the thick of affairs tackling the opponents, recovering the ball and progressing with it into the attacking third.
He has failed to orchestrate play and drive the team forward.

Thus, he will need to step up in the game against Algeria as he will come up against his teammate at AC Milan, Ismael Bennacer, Haris Belkelba and Farid Boulaya. PSV’s Ibrahim Sangaré will feature in midfield and play behind Sebastien Haller. Sangare is very powerful in aerial duels and will be looking to capitalise on any chances presented to him.

Ajax’s Sebastien Haller was very lively in the Sierra Leone game registering a goal as a result of how explosive and quick Zaha and Pépé were. The Algerians are desperate for a win and are expected to unleash all their arsenals at their disposal right from the onset.

With Bailly almost a doubt for the game, Odilon Kossounou and Simon Deli will be the centre back pair for the game and will be really stretched and tested by the very experienced Islam Slimani, Riyadh Mahrez, Yacine Brahimi and Youcef Belaili.

Veteran Algerian defender Djamel Benlamri, who replaced Abdelkader Bedrane in the starting line up for the Equatorial Game was forced off the pitch during the game and the veteran defender is a major doubt for Thursday’s clash.

Mehdi Tahrat replaced Djamel Benlamri in the Sierra Leone game and is expected to come into the fold for his first starting appearance of the tournament. Aïssa Mandi and Medhi Tahrat will have a torrid game against one of the most in-form strikers, Sebastien Haller whose big frame in attack will harm the Algerian defence.

Wilfried Zaha was splendid in the game against Sierra Leone, proving a hard nut to crack for Osman Kakay and Umaru Bangura, causing a penalty for the Ivory Coast which Franck Kessie missed. Zaha’s performance justified the bold decision of Coach Patrice Beaumelle to drop Maxwell Cornet.

Zaha also created a lot of space and allowed Sebastien Haller an opportunity to have more touches of the ball, get more involved in the game and build his confidence. He is expected to keep his place as a reward for his performance against Sierra Leone.

Pépé complemented the efforts on Wilfred Zaha on the right wing, dazzling the crowd with his amazing footwork and terrorising his markers. He also registered his 2nd ever goal at the AFCON and his 1st for the 2021 AFCON with a fantastic curler. He provided youthful exuberance over the experience, Max Gradel provided.

Maxwell Cornet was generally wasteful in the 1st game against Equatorial Guinea and could not help unleash the full potential of Sebastien Haller, therefore he had to be sacrificed in the 2nd game against Sierra Leone. With Zaha’s superb performance in the Sierra Leone game, Cornet will come from the bench.

Riyadh Mahrez has been uninspiring in the 1st 2 game for the Desert Foxes as he has not scored nor assisted in the tournament so far. He needs to step up and create chances for Slimani or Bounedjah to finish. Throughout the competition, his modus operandi has been to cut in from the wings and deliver an incisive pass to the attack. His move has been figured out leaving him largely frustrated throughout the competition.

West Ham‘s winger Said Benrahma was an unused substitute in the defeat to Equatorial Guinea and will be pushing for a starting berth in the team against the high flying Ivory Coast.