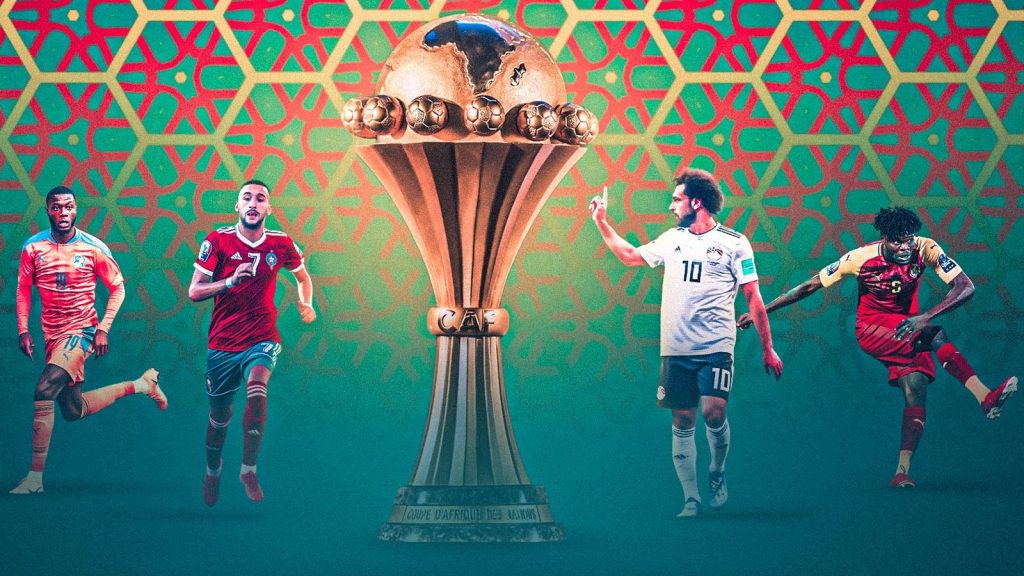 Most teams set off from their various countries to the AFCON tournament with the sole aim of winning the title.

For some, that dream is a mirage. For others, failure to do so makes the whole AFCON outing, an exercise in futility and a waste of the nation’s precious financial resources, a view the Guinean President, Colonel Mamadou Doumbouya holds.

The 2021 AFCON presents a platform for the 24 teams to battle for supremacy. Out of the 24 teams, some teams are more likely to win, whilst the chances of others are like that of Leicester City in the Premier league in 2016 or if you’re religious, it is easier for a camel to go through the eye of a needle than for some teams to clinch the title.

As the saying goes many are called but few are chosen. The boys will be separated from the men.

The ensuing preview explores the chances of 5 teams which are more likely to win the AFCON.

They are the hosts of the ongoing tournament and the teeming crowds will be an advantage to them. With the arrival of Samuel Eto as the FA President of Cameroon and his wide network of friends in high places, Cameroon is destined for greatness for years to come.

Therefore Samuel Eto’o will love to register his good intentions by inspiring the team in whatever medium to make the Indomitable Lions host and win the AFCON. In 2017, Cameroon shocked the whole footballing world when they won with a relatively unknown squad. In 2019, Cameroon painfully exited the Nations Cup in the Round of 16.

The strength of the Indomitable Lions’ rests in midfield, where they’re blessed with options that can dismantle the opposition and dictate the tempo of the game.

Napoli’s Andre-Frank Zambo Anguissa is the orchestra in midfield with his “addiction” to the ball and his ability to locate his teammates even when found in tight spaces heavily marked by the opponents.

Head Coach of the Indomitable Lions, Antonio Conceicao has been in charge since September 2019 and adores controlling games from kick-off. Under him, Cameroon has reverted to a high-intensity game where the wing-backs are expected to defend and attack in equal measure.

With Vincent Aboubakar as the Centre forward, Lyon’s Karl Toko Ekambi on the left flank and Clinton N’jie on the right flank, the host nation look unstoppable with the “boisterous crowd” at their rescue.

The Atlas Lions head into this competition with the aim of ending the 46-year AFCON drought and they are without their star man Hakim Ziyech. Morocco have been on a resurgence ever since Bosnian coach valid halihodzic took over. He has brought in discipline and is in no rush to instil his values in his team without fear or favour.

This has improved the squad immensely and with most of their star players doing excellent in Europe, it’ll be the perfect time to clinch the trophy they once won with an inspired hadji team.

Morocco never lost a game during the AFCON 2021 qualifiers & have only conceded once and scored 10 goals, finishing five points above runners-up Mauritania. Again in the World Cup Qualifiers, the Atlas lions scored 20 goals and conceded just a goal.

Valid Halihodzic has in his ranks Youssef En-Nesyri, Ayoub El-Kaabi, Achraf Hakimi, Sofiane Boufal who has been one of the most prolific dribblers, with only Wolves’ Adama Traoré (8.9 per 90) averaging more per 90 minutes than the Moroccan.

The Elephants have assembled a very talented, energetic and resourceful team for this year’s Africa Cup of Nations.

Over the years, egos and individualistic tendencies of certain key players are the reason they’ve not won the AFCON trophy for a third time. Their 2 trophies have been against Ghana in marathon penalty shootouts in 1992 and 2015.

A major talking point for The Elephants is the fact that they have the most in-form striker in the world after Robert Lewandowski, Sebastian Haller in their fold. Sebastien Haller has scored a whopping 22 goals in the 1st half of the season including 10 in his debut UEFA Champions League season. Haller will be seeking to translate that form into the continental Championship to help the Ivory Coast win their 3rd title.

Haller will be assisted on the flanks by Maxwell Cornet who is in red-hot form and Wilfried Zaha or have Ibrahim Sangaré partner with him up top as a second striker. Coach Beaumelle has a large pool of experienced players such as Max Gradel, Sylvain Gbohouo, Franck Kessié, Serge Aurier, Eric Bailly and Serey Die.

Patrice Beaumelle is indeed spoilt for choice as to who to field to marshall the midfield for him. After falling to qualify for the World Cup for the 2nd time running, winning the AFCON is non-negotiable for the Ivory Coast.

Senegal has never won the African title but are one of the tournament’s favourites tipped to win the title. For Senegal, this AFCON is a make or break, a do or die affair. Senegal ranked 1st in Africa, is in Group B with Guinea, Malawi and Zimbabwe and is expected to easily cruise past the others to progress to the knockout rounds.

Senegal is obviously one of the powerhouses in African football yet for some strange reasons, the Teranga Lions have no trophy to show for it. The Teranga Lions are in the form of their lives but have never roared on Africa before and will look to end their long wait for their first title. The Senegalese have come close and yet so far on several occasions in their 15 AFCON outings. Senegal’s best performance in the AFCON has been 2 silver medals in 2002 and 2019.

In fact, Head Coach Aliou Cissé missed a penalty in the final in 2002 to hand over the trophy to Cameroon and was in charge of the Teranga Lions in 2019 when they lost 1-0 to Algeria in the final. To make matters worse, several high profile former Senegalese Internationals such as El Hadji Diouf and Khalilou Fadiga have openly told Cisse that failure to win this AFCON should warrant his exit from his role as Head Coach. Thus from the aforementioned, Aliou Cissé is under immense pressure to annex the ultimate.

Senegal has an assembly of top football players almost in every major league in the world and has maintained the core of the team that featured in the last AFCON in 2019. For instance, Sadio Mané, Edouard Mendy, Cheikhou Kouyate and Ismaila Sarr ply their trade in the English Premier League. Abdul Diallo, Krépin Diatta and Idrissa Gana Gueye play in the French League, whiles Kalidou Koulibaly and Keita Balde represent the Teranga Lions in Italy. Boulaye Dia also plays for Villareal in the Spanish league.

Until their appearance in the final in 2019, Senegal had performed poorly in their last 6 AFCON tournaments exiting at the group stage on 3 occasions, exiting at the Quarter-final once and not qualifying at all twice. Injuries have also wreaked havoc to their team.

Ismaila Sarr has not played a game for his club side, Watford since November 20 after picking up a knee ligament injury in the 4-1 win over Manchester United at Vicarage Road whiles Koulibaly, had been a doubt for the tournament after picking up a thigh strain in a match against Sassuolo on 1st December 2021.

Monaco’s Krépin Diatta will miss the tournament due to an anterior cruciate ligament (ACL) injury. With Edouard Mendy in post, Kalidou Koulibaly in defence, Gana Gueye and Chiekhou Kouyaté in the middle of the park aided by lynchpin Sadio Mané and Ismaila Sarr leading the line, Aliou Cissé and his charges have no option but to bring the trophy home or consider themselves failures.

Another point worth taking note is that, by the next Africa Cup Of Nations tournament , Sadio Mané, Cheikhou Kouyaté , Edouard Mendy and Kalidou Koulibaly will be over 30 years and may not function with the efficiency, steam and firepower they are known for now.

“The Golden Generation” must therefore clinch the title when they’re still in their elements and can give off their maximum best before their strength dwindles.

Coach Aliou Cisse is on a personal mission to restore national pride after missing the crucial penalty that cost Senegal a trophy in 2002. Senegal having lost that final to a bizarre goal will be looking to have one more try. Senegal are unbeaten in seven straight games and have won five of them and do not look like they will be backing down any sooner.

Algeria are the defending champions and playing with supreme confidence, but they have a very difficult path and teams will play ultra-cautious against them. It won’t be easy to retain the trophy. In football, retaining a trophy won is a herculean task. In AFCON, only 3 countries have done that.

Algeria still has the core of the team that won the last edition of the AFCON in 2019 and with 34 games unbeaten they’re just getting better. The fear factor of facing a team that hasn’t lost in more than two years is a big plus to them.

Algeria has a plethora of arsenals at their disposal including captain Riyad Mahrez, Saïd Benhrama, Youcef Belaili, Baghdad Bounedjah and Algeria’s all-time top goalscorer Islam Slimani. Coach Djamel Belmadi is expected to maintain the same starting lineup that helped him win the 2019 title.

Although he stuck to a dynamic 4-3-3 in Egypt, Belmadi has also employed a more direct 4-4-2 which produced satisfactory results in the Qualifiers. Koulibaly and Djamel Belmadi’s men scored 19 goals and 25 goals in the Africa Cup of Nations and World Cup Qualifiers respectively.

Algeria vs Sierra Leone: Match Preview | AFCON 2021
AFCON 2021: How impactful will Mohammed Kudus’ imminent arrival be for Ghana?
To Top