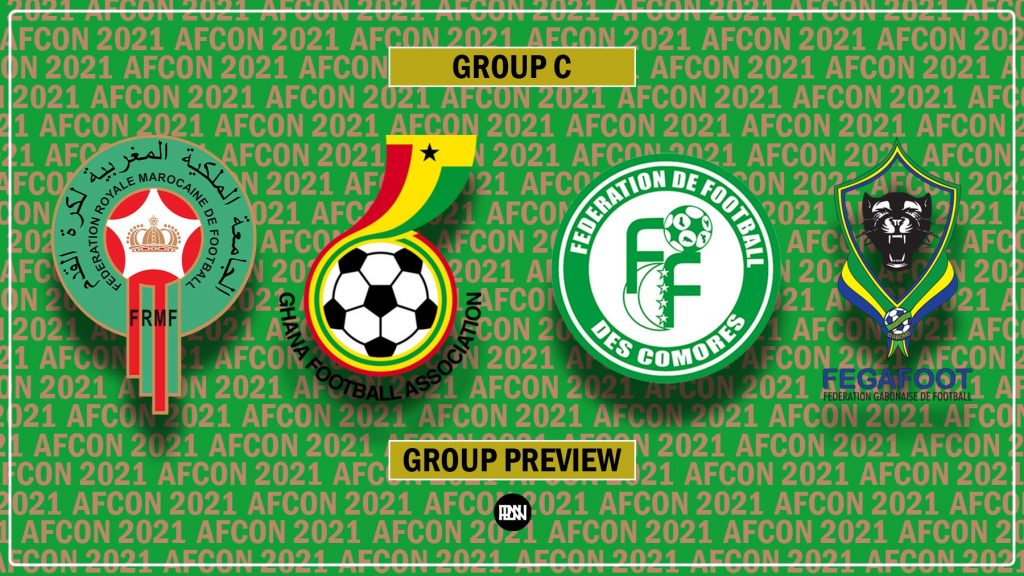 On January 9, the 33rd edition of the African Cup of Nations will kick start in Cameroon. This edition was delayed due to the bad weather conditions in the summer. The various teams participating have been grouped into 6 groups with each group consisting of four teams. Three matches would be played in each group.

After the group stage, the top two teams from each group and the four highest-ranked third-placed teams will advance to the round of 16.

Our main focus for now would be in group C which has been touted to be one of the most difficult groups in the competition. We also look at the favorites to advance from the group as well the teams’ performances in their involvement at the continental showpiece, their best players to watch and the skippers from each side. Group C includes four-time champions Ghana, Morocco, Gabon and debutants Comoros. 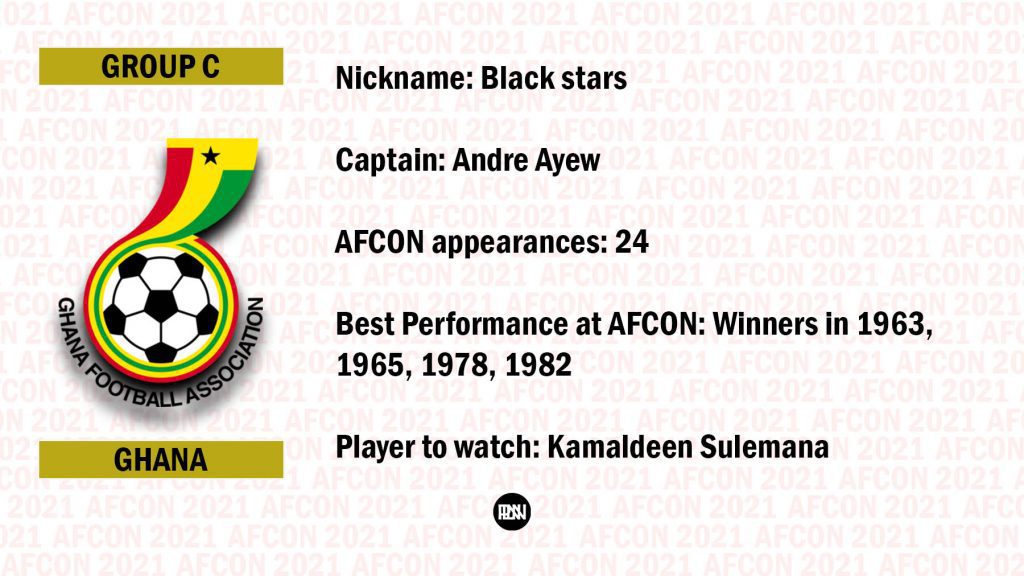 Ghana is currently ranked 52nd in Fifa ranking and have made a total of 23 appearances in AFCON.

The search for a fifth trophy would commences when they face Morocco in their first group stage match after coming close to win the trophy three times since 1982.

In 2019, Ghana suffered an early elimination at the round 16th stage as they were beaten on penalties by Tunisia.

Milovan Rajevac was re-appointed as the team’s head coach in September and has been mandated to bring back the trophy. A lot of Ghanaians believe in Rajevac, as he was the man in charge of the team at the 2010 AFCON. The man was able to reach the finals but was beaten 1-0 by Egypt.

Two notable names amongst that squad are Jonathan Mensah and Andre Ayew, who is now the captain of the side. Premier League duo Thomas Partey and Jordan Ayew will be hoping for a better tournament than they did in Egypt in 2019.

The Ghanaian squad can also boast of youthful exuberance taking inspiration from young lads like Kamaldeen Sulemana, Abdul Fatawu Issahaku. They are set to be the game changers for the Black Stars and with this being their maiden major tournament with the national team, they will look to leave a mark. 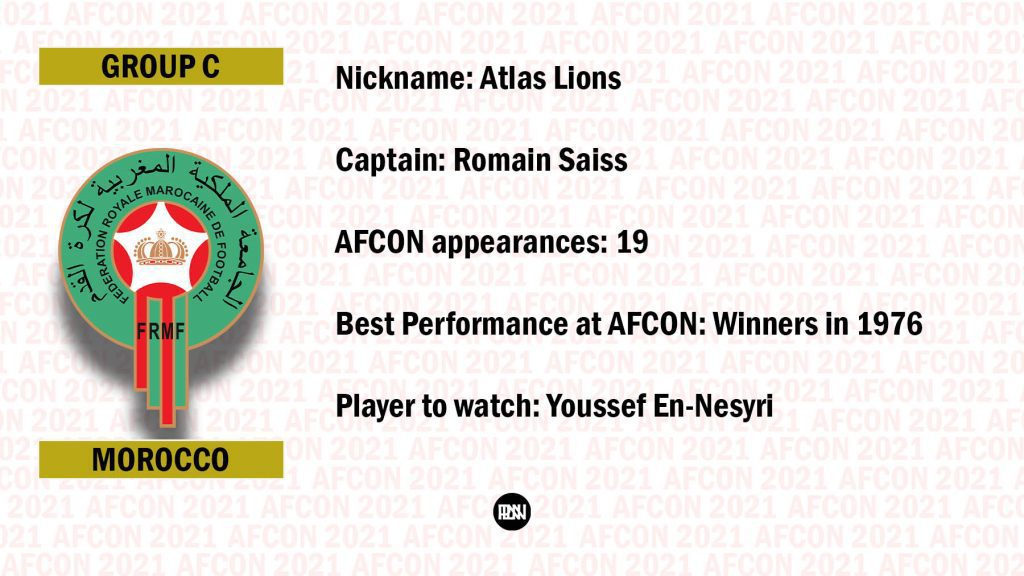 For Morocco, they are ranked 2nd in Africa and they will be seeking to improve on the last 16 exist in 2019.

Their head coach Vahid Halilhodzic, after another setback and poor performance last edition was appointed to help build a new team for the future. The Bosnian gaffer has then improved the team after taking over, taking the team through a lot of changes. In the latter part of last year, he had issues with Chelsea’s, Hakim Ziyech which has led to the player not being called to participate in this competition.

However, the atlas lions have enough firepower to boost their squad. Players like Romain Saiss of Wolverhampton Wanderers, Achraf Hakimi of PSG would all be vital for the success of the Moroccan National Team. 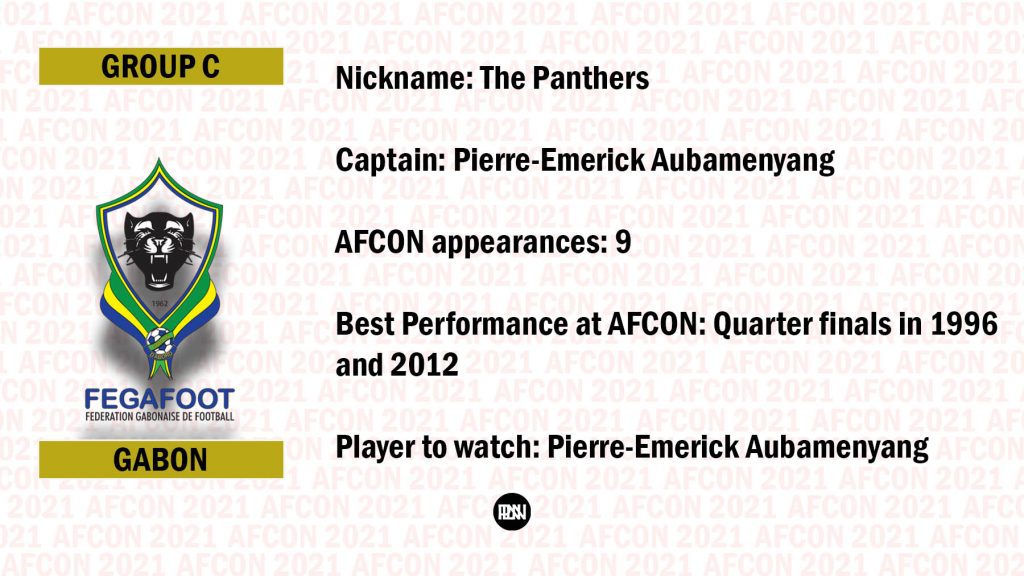 Gabon National Team have only seen eight appearances in the African Cup of Nations and their best performance attained in the competition was in 2012 and 1996, reaching the quarter-finals in both years.

They have a young squad and their aim is to at least qualify to the next stage of the competition. Patrice Neveu made a very crucial decision to leave Ndong Didier out of the squad.

The Panthers as they are called, would be led by Arsenal star, Pierre-Emerick Aubameyang who was stripped of his captaincy role at the club. This could be an opportunity for him to silence his critics as he is amongst the top-scorer contenders in this competition. It will not going to be an easy test for the Panthers in the group stage but the presence of Aubamenyang could be enough to help the team qualify for the next stage.

In 2019, Gabon failed to qualify for the competition but a return to the continental showpiece is the needed boost they need. 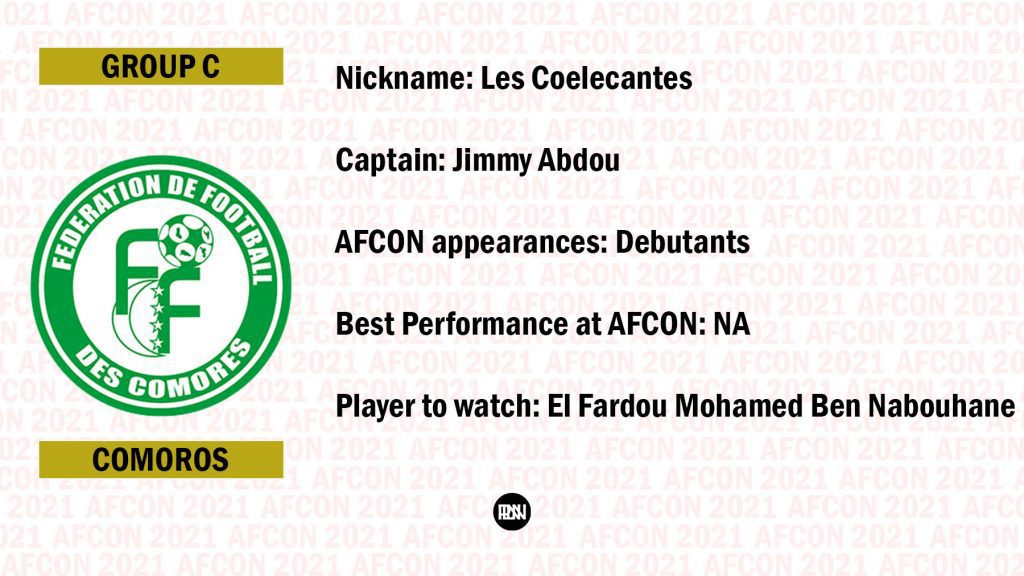 Since the Comoros Football Federation was formed in 1978, this would be the first time they would be representing their country in Africa’s biggest tournament.

They joined the Confederation of African Football in 2003 and they later became a member of FIFA in 2005.

Comoros have nothing to lose in this competition as they have been able to qualify their country for their first appearance of in the competition.

Head coach Amir Abdou’s men would be showcasing their skills despite being in a tough group. They would start their journey in the competition against Gabon.

One player who would be vital for Comoros is El Fardou Ben, who is their top scorer and plies his trade at Red Star Belgrade. He has a total of 15 goals for his national team.

They would be going into this tournament as underdogs and would be very surprising should they qualify for the next stage of the competition.