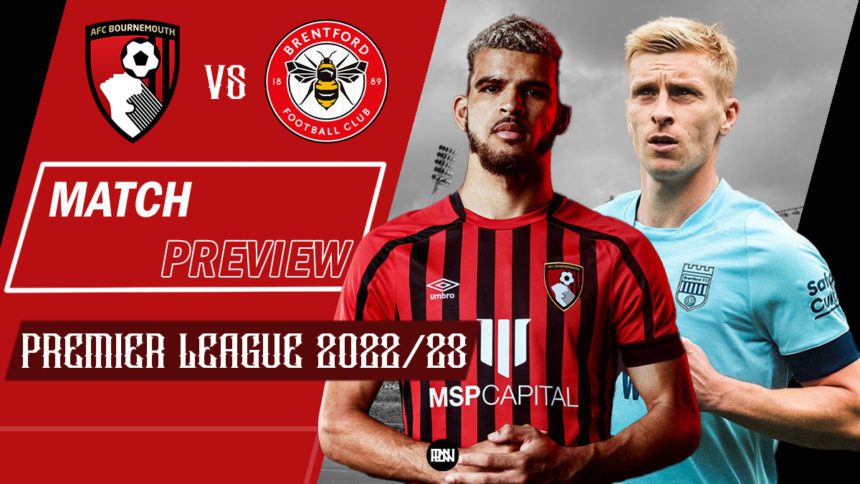 The international break is finally done and dusted and Premier League football returns much to the relief of fervent fans all across the world. We are set to enter a hectic period in the season, with clubs having to play a lot of games before the FIFA 2022 World Cup in Qatar starting from next month. For now, the Premier League returns for its 9th gameweek of the season and fans wait with bated breath for an action-packed month ahead. This weekend sees a very unique clash take place on the South Coast, as AFC Bournemouth welcome Brentford to the Vitality Stadium.

Bournemouth have already had a rollercoaster start to their season. The Cherries marked their return to top flight with a win on the opening day over Aston Villa, but a very tough round of fixtures after saw their start compromised. They faced all of defending champions Manchester City, Arsenal and Liverpool within 15 days, losing all three games without scoring a goal. The mortifying 9-0 defeat against Liverpool was the last nail in the coffin for the Bournemouth hierarchy and the sacking of manager Scott Parker followed soon after. A widely criticized move, many believed the young manager should have been given more time, especially after his exploits in the Championship last season.

Nevertheless, his interim replacement Gary O’Neil has done a brilliant job in his three games so far, winning 1 and drawing 2 ensuring the Cherries go unbeaten for three games. Their slight improvement in form has seen them climb up the table and Bournemouth now sit in 12th place with 8 points, just a point behind their next opposition Brentford in 9th.

Their last game was a 1-1 draw against Newcastle United away from home, when the Cherries took the lead against the run of play but could not hold on to the lead as they conceded a penalty in the second half. They now turn their attention to Brentford, who themselves are coming off a mixed run of form.

Brentford had a better start to the season than Bournemouth, drawing their opening game against Leicester City and then beating Man United 4-0. However, they could not continue in the same fashion for the rest of August, as they went without a win for the next three games, losing to Fulham and drawing the other two. The Bees returned to winning ways with a brilliant 5-2 win over Leeds United, but fell to a chastening 3-0 defeat at home to Arsenal in their last game.

Bretford have been very inconsistent this season, but have showed their class in front of goal time and again. Ivan Toney has been a shining light so far, but manager Thomas Frank’s tactics have been called into question at times. They need a few wins on the trot to hit form again and a win against a tricky opposition will do them a world of good. Frank has shuffled around with his formation and team setup this season, so it will be interesting to see how the Bees lineup against Bournemouth on Saturday.

Junior Stanislas returned to the squad against Newcastle United just before the international break and was an unused substitute in the draw. He will have had time to fully recover in the break and he should be fully fit and in contention to be selected. A number of players were said to be returning for the Cherries after the international break, with David Brooks, Joe Rothwell and Benjamin Pearson all expected to return to action soon. However, it remains to see if they are passed fit for the game on Saturday.

For Brentford, manager Thomas Frank named Sergi Canos on the bench for the defeat against Arsenal and the Spaniard seems to have recovered from his hamstring issues from the start of the season. He has not played a single minute for the Bees yet and he will hope to feature against Bournemouth. Centre-half Ethan Pinnock returned to action for the first time since suffering a knee injury in mid-April, playing in a closed door friendly last week. The game against Bournemouth could come too soon for the Jamaican defender, however, although he could feature sometime before the World Cup. Christian Norgaard is also set to miss out on the trip to South Coast with an Achilles injury.

AFC Bournemouth under interim manager Gary O’Neil have had a different style to the one under Scott Parker. While they have had some success playing on the counter against the likes of Newcastle United, the Cherries have looked good in possession when afforded the time and space. Their ball retention needs some improvement, but the f will no doubt be working on that in training. In their last win, against Nottingham Forest, they played quick short passes in the second half, which helped them breach the Forest defense. They have had different styles in each game under O’Neil as they are still adapting to his philosophy, but it seems to be working to some extent for the Cherries.

Their one main weakness is their inability to defend from set-pieces and dead ball situations. They have conceded 37 shots from set-pieces, which is the joint worst in the league so far. That’s where their opponents on Saturday, Brentford are strong. With the likes of Ivan Toney in the box, they have a tall, commanding presence who is also prolific and can fashion good chances from such situations. The Englishman has produced 10 shots from set-pieces this season, more than any other Brentford player. Brentford used a lot of long balls in their defeat against Arsenal, with Toney looking to win the aerial duels and hold the ball high up the pitch till reinforcements allowed. Marcos Sensei and Chris Mepham has been the preferred center-back partnership for O’Neil so far and both will be expected to start on Saturday as well. Sensei is not the best in the air and the Bees and Toney will look to target him with their long balls.

The Bees have more attacking outlets in their repository as well and will look to get the ball to Aaron Hickey or Rico Henry on the flanks and bombard the box with crosses. They will hope to overwhelm the Cherries midfield with their superior numbers in the middle of the park and it will be very interesting to watch how the hosts deal with the Londoners and their attacking threat.

This will be the very first time the two sides meet in top-flight football and it all makes up for what is set to be an important game for both sides.

An often underrated player, Christie is an integral part of the Bournemouth team. The Cherries look better with him in the side and the Scottish international has the ability to make things happen. He had a successful international outing with Scotland, starting two of their three Nations League games and coming off the bench for the final one against Ukraine.

His best game came against the Republic of Ireland, when he scored one and then assisted another in a 2-1 win which sent them to the top of the table. They were able to hold on to the spot after a 0-0 draw in their last game and Christie played a valuable role in the Scots earning the top spot. He will be more confident after a solid break and will be raring to go against a strong Brentford defense, who will look to restrict him and not give him even an inch of space.

Ivan Toney has been the team’s key man ever since Frank took over and his physique, combined with excellent acceleration, is causing havoc to the opposition defense. Toney has accumulated the fifth highest xG among all the players in the league (3.47) and also has a relatively high xA (1.44) this season. He has scored 5 goals with only Haaland and Mitrovic ahead of him. His all-round style of play is a major factor in his output and he is an ever-present threat from set-pieces.

His form since the beginning of the season earned him an England call-up for the recent break, but the tall center-forward did not feature in either of the games. He will be well rested, but disappointed and will be eager to show Gareth Southgate why he should be on the plane to Qatar in November. 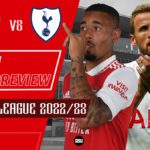 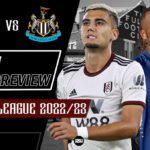