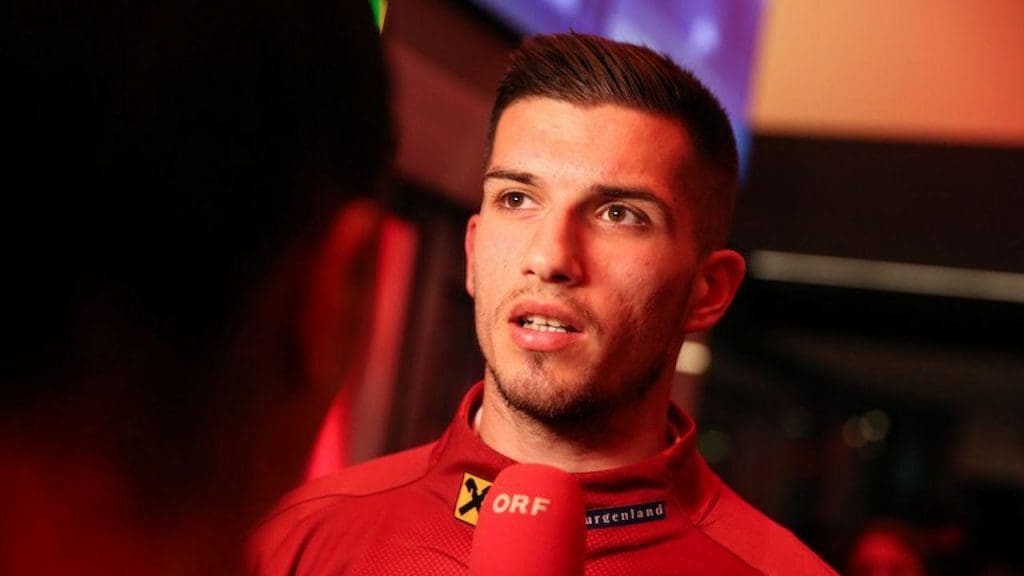 Brighton & Hove Albion are said to have joined the train of those highly interested in French Ligue 2 club Clermont Foot’s forward Adrian Grbić, who is an Austrian youth international.

Grbic was part of the youth setup at VfB Stuttgart in Germany from 2012 – 2015, before making his senior spells at Floridsdorfer AC, SCR Altach in Austria and now Clermont in France. 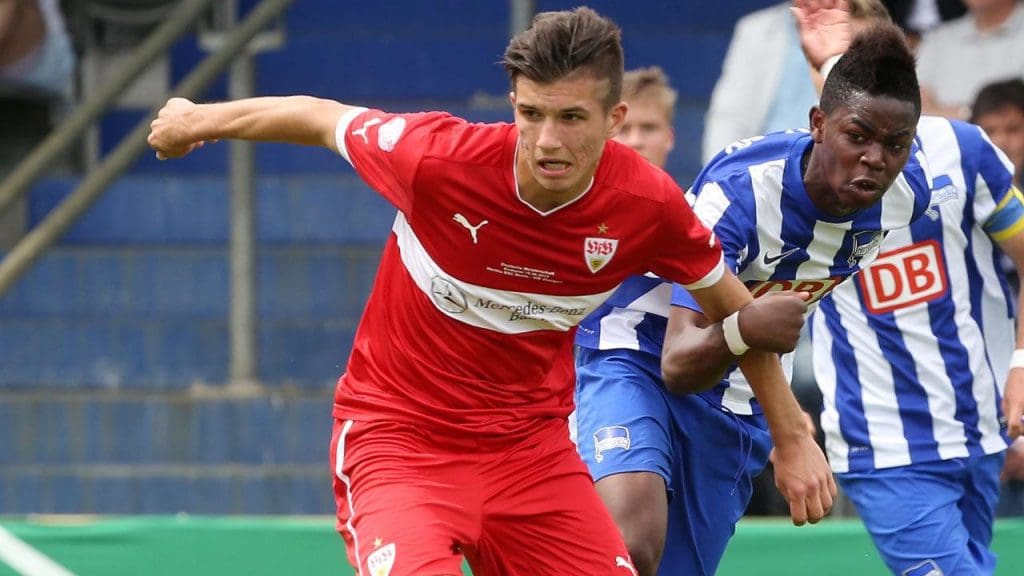 After two season at Rheindoef Altach, scoring 11 goals in 42 domestic appearances for the Austrian side, Grbic later signed a three-year contract with Clermont Foot last summer. Now having just two years left on his contract which runs until 2022.

Report has it that, the 23-year-old forward was set to be called up to the senior squad for Euro 2020, due to his superlative form at club level but the match was postponed. 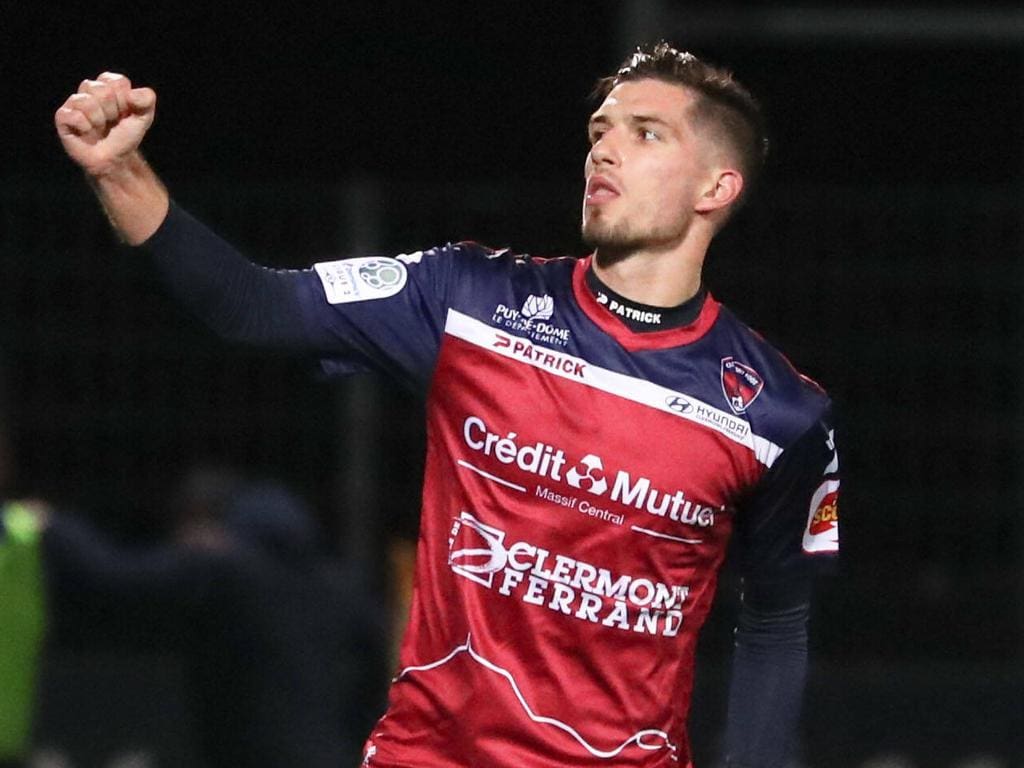 Grbic commands an imposing figure due to his height, standing at 6ft 2in tall, he’s strong, quick, equally adept playing with either foot and technically gifted. He’s also known to be a free kick specialist, who has made a name for himself as one of the dead ball specialist since his days in Austria and now in France.

He impressively notched eight free kicks across his spells with Stuttgart and Altach, whilst he could be remembered for scoring two free kicks in one game against French ligue 2 side Troyes in January.

After that match, Le Pays compared Grbic to Lyon’s Brazilian legend Juninho who was a renowned free kick specialist during his time at Lyon.

In an interview, Grbic spoke about his free kick ability and he stated that: “God blessed me with talent, so I see it as my duty to make something with this talent. Talent is no longer enough these days. You have to work to achieve what you want,”

“The fans go to the stadium to be entertained. So I try to entertain them.

“As a child, free kick specialists were the greatest inspiration for me. The elegance with which they placed the ball in the goal was impressive. A free kick goal will always be remembered.” 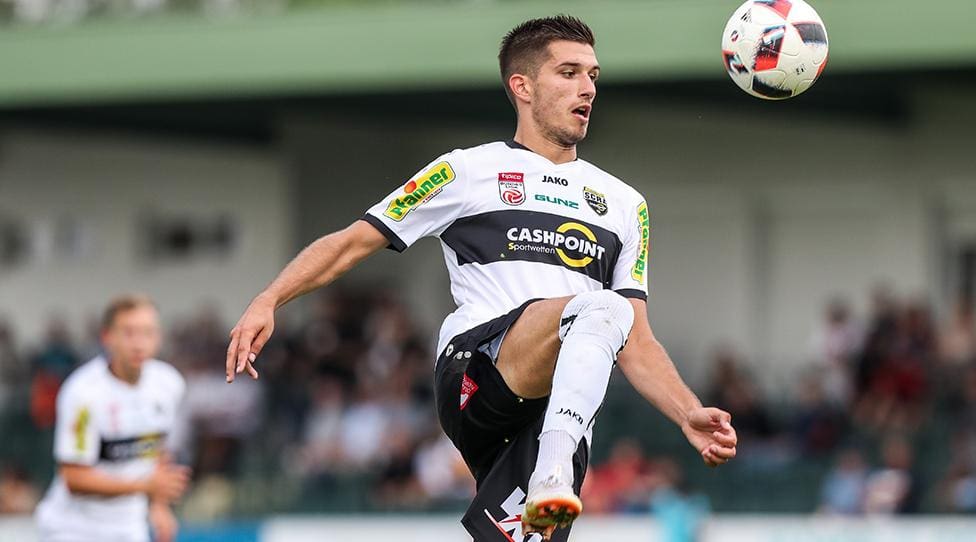 Prior to the cancellation of French league due to the coronavirus pandemic, the 23-year-old Austrian international forward was among the top scorers in the French Ligue 2 this season.

He scored 17 goals and also contributing 4 assists in 26 appearances as Clermont Foot, which saw the club finishing in fifth position and just four points behind league leader Lorient, and three points behind second place Lens who have now been promoted to French Ligue 1.

Continuous interest in the Austrian forward has also seen both Scottish giants Celtic and Rangers on hot chase for the Austrian U21 international signature. Though Brighton are said to be ahead in the race for his signature.

Clermont will have little choice but to sell star man Adrian Grbic if they receive a ‘very large proposal’ for the Celtic and Rangers target, manager Pascal Gastien has told MaLigue2. 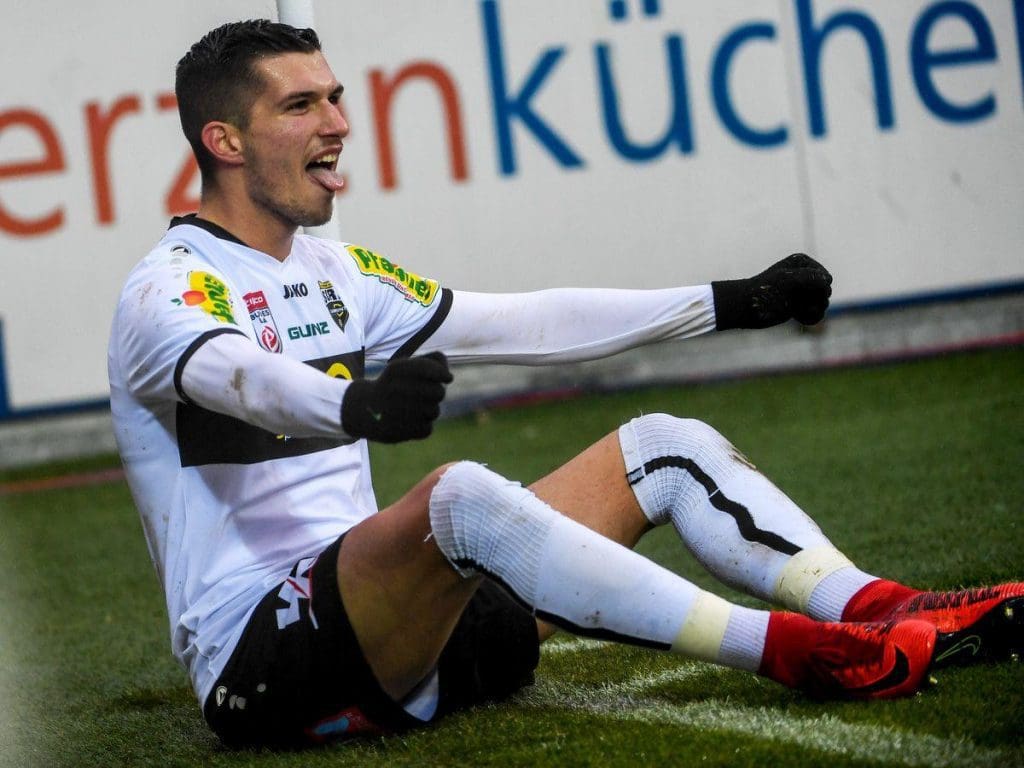 “If someone asks me if I want to keep him – yes, of course. All coaches want to keep their best players. But things are clear; if the club receives a very large proposal and, if it suits him, he’ll leave,” Gastien said.

Grbic also revealed that: “For me, all top leagues in Europe are an option. But the big goal is to play in the Champions League,” says the Austria U21 international.

“Now, however, the top priority is to fix promotion with Clermont, then we can look ahead. Let’s see what happens in the coming months.”

Although Brighton doesn’t fall into the class of a Champions league club but then again, at 23-year-old, considering how young and slightly inexperience he is at top level football, the chance to prove himself in the top flight of English football, using Brighton as a stepping stone might be the best decision he should rigorously consider before taking a step too big to sustain at the long-run.