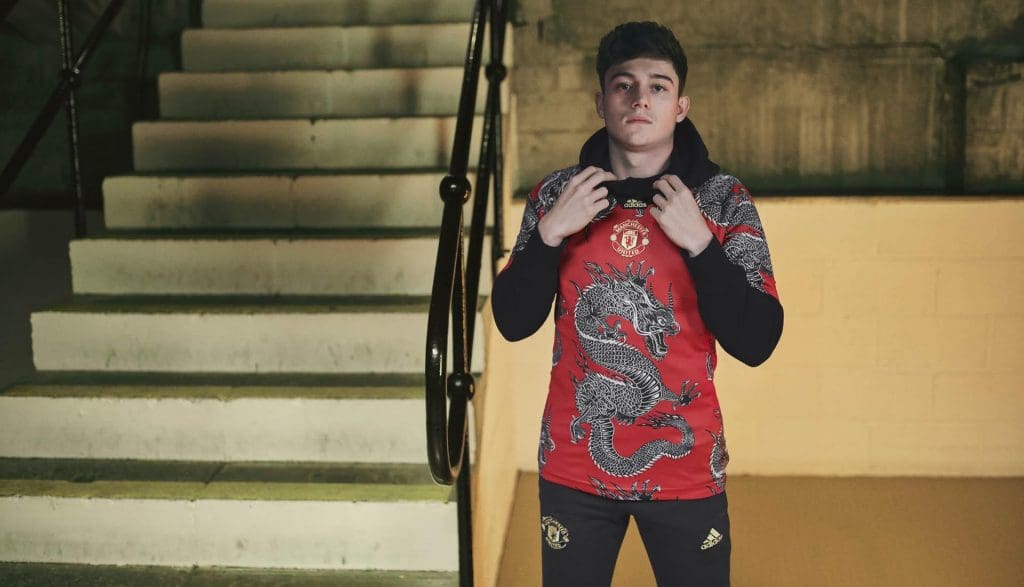 Manchester United’s kit partner Adidas have launched a stunning dragon-emblazoned kit for the upcoming Chinese new year. The Red Devils have huge fan following in the eastern part of the world particularly in China and Adidas have therefore tried to tap on the profits.

The Chinese New Year is just a month down the line (25 January) and to commemorate the festive season of the people of China, Adidas has launched a customised United kit that will lure all the Asian fans.

The English club has it’s red-based jersey with a Dragon print embossed on it. The bomber jacket has a dragon by it’s shoulder with a golden print of Adidas and Manchester United badge under the neck on either side. In addition to the special kit, a range of matching apparel is also being offered up which includes a jumper, T-shirt and jacket.

The kit is a bombshell and have been presented professionally by first-team stars Daniel James, Scott McTominay and Marcus Rashford.

Interested customers can get their favourite club’s outfit from any Adidas retail store and Manchester United’s online store. The jersey is estimated to cost $95. 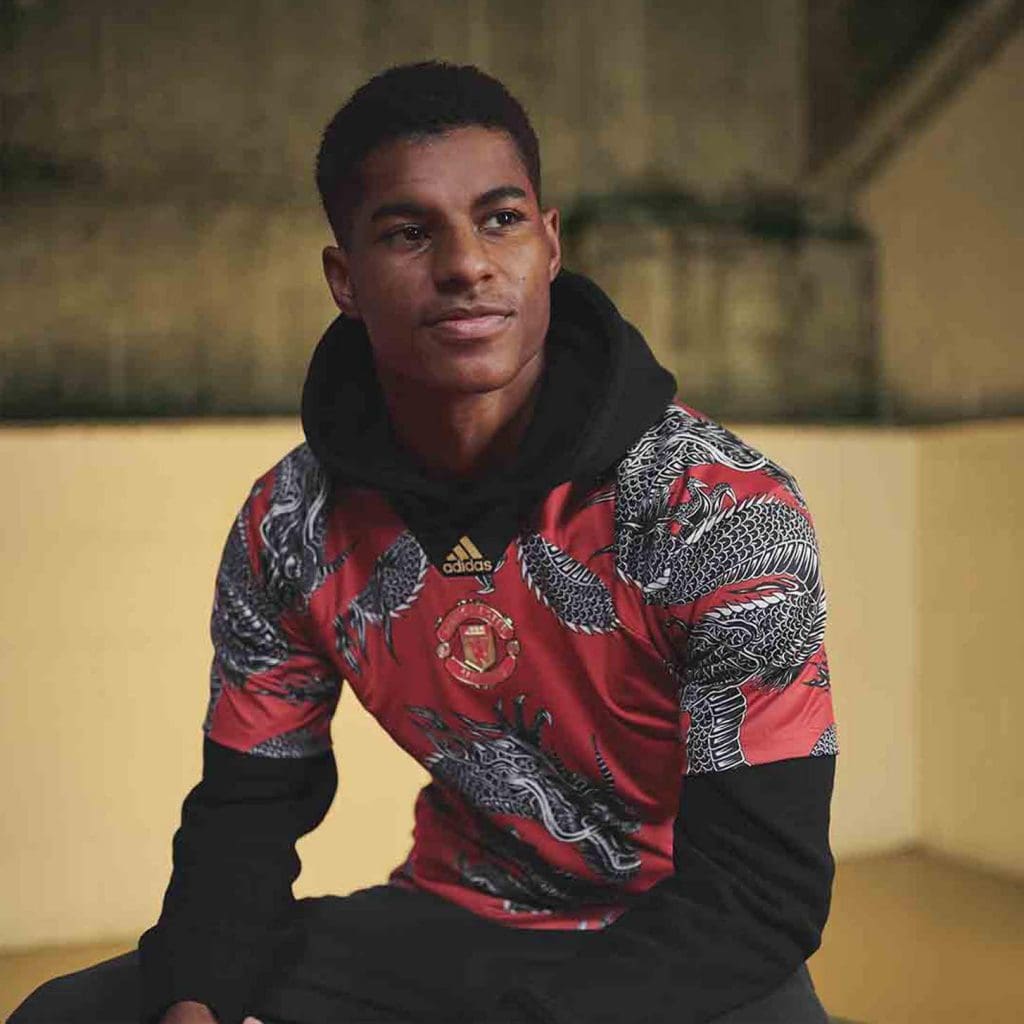 All the football fanatics can get their jersey of respective teams from either the official website or retail stores.

I am getting my United bomber, you go grab yours! Because this year CNY will not be celebrated only in China but worldwide. Newcastle to Upset Manchester United in the Reverse Fixture?
What Jurgen Klopp expects of Takumi Minamino?
To Top