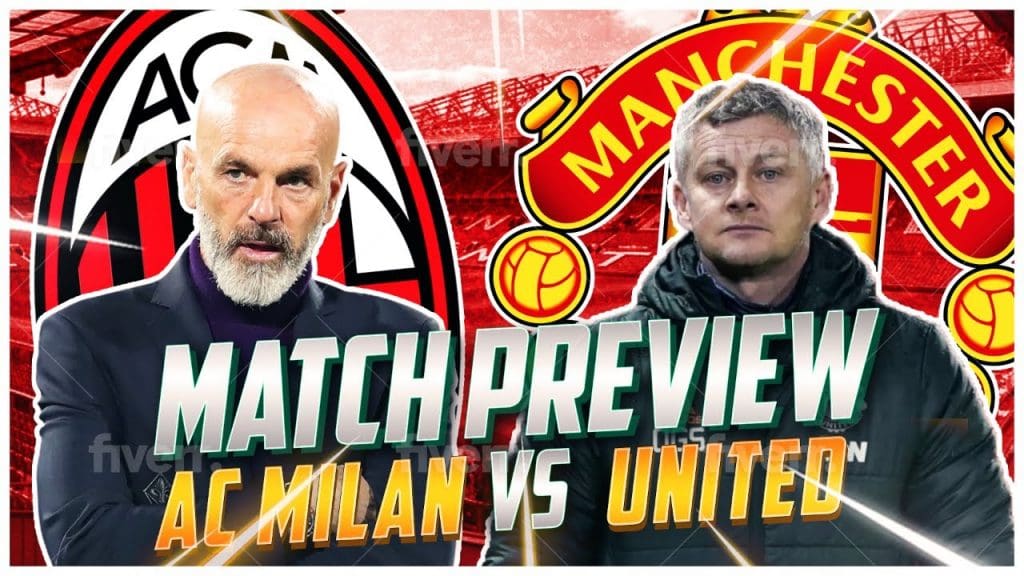 AC Milan host Manchester United in the second leg of the Europa League Round of 16 in Milan at the legendary San Siro stadium. Milan were much the better side in the first leg at Old Trafford although the game ended 1-1. The Italian club had two goals ruled out and created many chances and were rewarded at the death to get a crucial away goal. Although they were much better than the hosts, Milan will be wary of the threat the Red Devils pose, as Manchester United were also guilty of missing a couple of very easy chances. It is a huge clash, and the first leg of the tie was an example of the end to end play both teams can provide on Thursday night.

AC Milan suffered a huge blow to their title hopes when they lost 1-0 to Napoli over the weekend. They will be looking to get back to winning ways, with the team firmly in the driving seat of the UEL tie.

Manchester United come into this game on the back of a narrow 1-0 win against West Ham at home. They created many chances and were much the better team, although their finishing let them down. With this win, Manchester United moved another step towards consolidating a 2nd place finish.

AC Milan was without a number of stars in the first leg of the tie and they welcomed back Theo Hernandez, Ante Rebic, Hakan Calhanoglu for the weekend’s defeat against Napoli. Ante Rebic’s return did not go as he would have liked, with him being sent off in stoppage time against Napoli, coach Stefano Pioli will nevertheless be happy to have him back for this blockbuster clash. Meanwhile, the Rossoneri as also set for the return of their talisman and former Man United star Zlatan Ibrahimovic, who has overcome a thigh injury. Alessandro Romagnoli is a major doubt for the tie. Midfielder Ismael Benancer and veteran striker Mario Mandzukic are ruled out due to injuries.

Manchester United also saw the return of big stars over the week, with Marcus Rashford returning to the lineup for the West Ham game having recovered from an ankle sprain. Paul Pogba and Donny van de Beek also returned to training on Tuesday. Manager Ole Gunnar Solskjaer will certainly be happy with the much-needed returns to his severely depleted squad. Whether they will be fit to start or will have to be content with a bench role for the trip to Milan remains to see. David de Gea is unlikely to start but could be named on the bench against Milan depending on the quarantine rules. Edinson Cavani was in contention to start and was named in the original travelling squad, although a late reaction to the training aggravated his injury and Solskjaer had to rule him out. Eric Bailly is a doubt too and faces a late fitness test. Juan Mata and Phil Jones are ruled out with long-term injuries. Amad Diallo, the exciting Ivorian teenager who scored their goal against AC Milan could be a contender for a spot in the starting lineup.

AC Milan were on top at Old Trafford for most of the time, although they were guilty of conceding some shocking chances to Man United, which they should have scored. Manchester United have been on fine form away from home this season and they should prove to be heavy against AC Milan. Man United have kept 4 consecutive clean sheets in the league for the first time under Solskjaer and they will be looking to build on their strong defence. It will be difficult for Milan to break down this excellent defence, even with the addition of Zlatan Ibrahimovic.