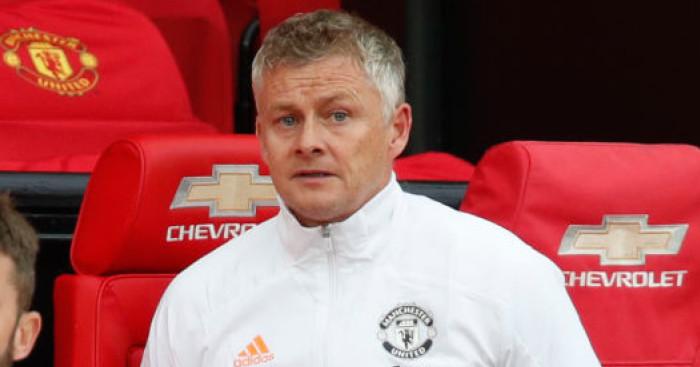 Borussia Dortmund winger Jadon Sancho has been a consistent target of Ole Gunnar Solskjaer’s since last summer. There was a lot of buzz regarding negotiations between Dortmund and United a couple weeks ago but has since died down due to a dead end in their negotiations.

United have been facing a financial crisis due to COVID and are reluctant to pay Dortmund’s asking price of 120 Million Euros. United want to pay the amount in instalments over a period of three years with 85 million upfront and 35 million over the next two years.

But Dortmund have different plans. They have asked for the full 120 million upfront as they can find a good replacement for the young winger. Dortmund’s CEO Michel Zorc has publicly announced that the 20-year-old is set to stay at Signal Iduna Park for the upcoming season and has a contract until 2023. But this has been said to be one of Zorc’s antics so as to acquire the full 120m amount altogether from Manchester United.

As there has been no new news regarding Sancho’s transfer to Old Trafford, the chances are looking bleaker and bleaker for a transfer this window. So, let us have a look at his transfer alternatives if United miss out on him:

The young French winger transferred to Barcelona from Dortmund for a 105m plus 40m add-on fee. Since then, he has quite not been able to justify his price tag. A lot of injuries have hindered his progress at Camp Nou and he has not been consistent since the 2018-19 season.

The winger is a constant problem for the fullbacks, making a lot of runs in the wide area of the pitch and finding spaces at different places in the final third. He usually cuts inside from both the sides depending on the position he plays in and puts in crosses or through balls in the final third. He does not have a weak foot and can operate as a traditional right-winger or work as an inside-forward.

The forward made just 9 appearances last season and scored 1 goal. He should cost about 35-60 million Euros.

Brazilian Douglas Costa created a lot of hype during his 2015-17 stint at Bayern Munich which helped him secure a loan move to Juventus where he had a more regular place in the starting lineup. Juve later made his loan transfer permanent due to consistent performances but has lately struggled to perform for the Italian champions.

The winger plays wide on the pitch, creating crossing opportunities. He also cuts inside like an inside forward but can also play as a traditional left winger. He possesses good off-the-ball awareness but has a unsatisfactory passing accuracy and composure in the final third. He is good at finding spaces to create shooting opportunities but is less than clinical at finishing good chances.

The winger made 29 appearances last season and scored just 3 goals but provided with 7 assists too. He should cost about 25-35 million Euros.

Frenchman Kingsley Coman has only played for champions during his career. He started his playing days at PSG, then went to Juventus where he won two Serie A’s and then went on to Bayern Munich where he has since won Bundesliga five times and also a Champions League. And, he has managed to have such a decorated career at the age of just 24.

The traditional winger likes to hug the sideline depending on whatever side he plays on. His work rate is also unmatched and he drops deep to help out his defenders. He produces low crosses and through balls. The 24-year-old however needs to learn to get into better positions and also improve his scoring production. The Frenchman is yet to score more than 10 goals in a single season.

The winger appeared 38 times last season and scoring 8 goals including a Champions League final winner and also assisted 7 goals. He should cost about 40-60 million euros.

Gareth Bale was once among the top five players in the world when he joined Real Madrid back in 2013 for a fee of 100 million euros becoming the most expensive transfer of all time at that time. He has since had a declining career starting bright under Carlo Ancelotti and Zinedine Zidane until the departure of Cristiano Ronaldo in 2018 which led to Zidane changing his system and leaving Bale on the bench or out of the squad several times. He has since struggled with injuries and his relationship with the manager.

Bale likes to do layoffs when in possession of the ball. He also likes to cut inside as he generally plays on the right wing but can play in the left wing as he used to during his Tottenham days. He also likes to play long balls from his own half. He also remains forward and does not contribute much defensively. The main question is that will he remain fit enough to make a lasting impact at United given the fact that he is also 31 years old.

Pros – Pace, shooting, aerials, holding on to the ball.

The Welshman made 20 appearances this season scoring 3 goals and assisting 2. The 31-year-old should cost around 25-35 million euros.

Chiesa caught the eye of several European clubs last season after having an excellent season with Fiorentina in the Serie A. He has been a consistent part of their team since the last two seasons and is pivotal for their attack.

Chiesa hugs the touchline much like a traditional right winger and operates within half spaces or outside the vertical channel. He takes shots from difficult areas making his conversion rate look unsatisfactory. He has a very high work rate and is good at counter-pressing when the ball is lost. He is also a regular starter for Italy under Roberto Mancini and hence possesses a rich international experience. He is great at counter attacks and makes low crosses from outside the box. He can operate as a left winger and is also excellent as a second striker supporting the target man.

The Italian international made 37 appearances this season scoring 11 and assisting 9. The forward should not cost above 65 million euros.