The Premier League has never been as unpredictable as it has been in 2020-21. There is a sense that anything could happen in England’s top-flight this season, with a number of teams impressing over the opening weeks of the season.

Of course, it is still early days, and we will know more about the teams at the top end of the table after the festive period, but which teams could potentially lay down a challenge to finish in the top six this season in the Premier League?

It has been a long time coming, but Southampton finally sat top of the Premier League table for the first time in their history after beating Newcastle United before the international break.

Their stay at the summit was a short one, but there is certainly confidence that Ralph Hassenhuttl’s side are on the up, and they could be one of the leading sides to upset the balance in the Premier League this season. The hard-working Saints have lost just two games this season, which is less than Arsenal and Manchester United so far.

It is their attacking players that get all the attention, with Danny Ings having been in excellent form since arriving at St Mary’s. Since arriving at Southampton on a permanent deal in 2019, Ings has scored 26 league goals in 43 games. Fans of the south coast club will be hoping that the injury picked up by Ings isn’t too serious, as their chances will likely rest on the Englishman being fully fit.

Che Adams has been able to fill that void to this point, as he has scored three goals in eight games so far this season, which is just one fewer than he managed in the entirety of last season.

Aston Villa’s return to the Premier League last season was a struggle for Dean Smith, as the Midlands club needed a point on the final day to narrowly escape the drop.

However, this season Aston Villa have been able to reach new heights and the glory years that the club achieved under the tenure of Martin O’Neil could soon be returning to Villa Park.

The Villa have won five from seven games this season and could go to the top of the league should they win their game in hand.

It has been their defensive record this season that has improved immeasurably, with the relationship between Ezri Konsa and Tyrone Mings excelling.

The club have only conceded nine goals to this point, which is the joint-best defensive record in the league. What they will be able to achieve this season will likely hinge on being able to keep club captain Jack Grealish fit, as the Englishman has already scored four goals and made five assists in seven appearances this season.

Many fans would have been predicting a long season ahead for Crystal Palace, as they had struggled since the Premier League returned after lockdown. However, now Roy Hodgson has taken his team to new levels.

It already looks as though Palace will not be engaged in the relegation battle this season, and they have been one of the more entertaining teams to watch.

Scoring goals has always been the issue for Palace, but they have already hit the net on 12 occasions this season. It took the Eagles until December last season to score the same number as goals as they have managed this campaign.

Hodgson will be keen to ensure that his side remains focused, but his experience of leading Fulham to the Europa League final back in 2010 will ensure that Palace fans will already be dreaming of a European adventure.

Palace are surprisingly one of the Premier League teams with more American fans. They have as one of their main shareholders Josh Harris, also managing partner at NBA favourite in BetAmerica’s odds Philladelphia 76ers.

According to Statista’s poll in 2019, 2% of US Americans support Crystal Palace. So, if you are looking for an underdog to cheer for, Palace might be the one to look out this season.

Here you have our top picks for dark horse this season. Who did we miss? Let us know in the comments below! 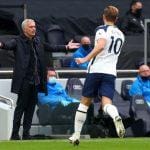 Can defensive frailties cost Spurs heavily yet again?
Next Article 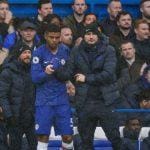