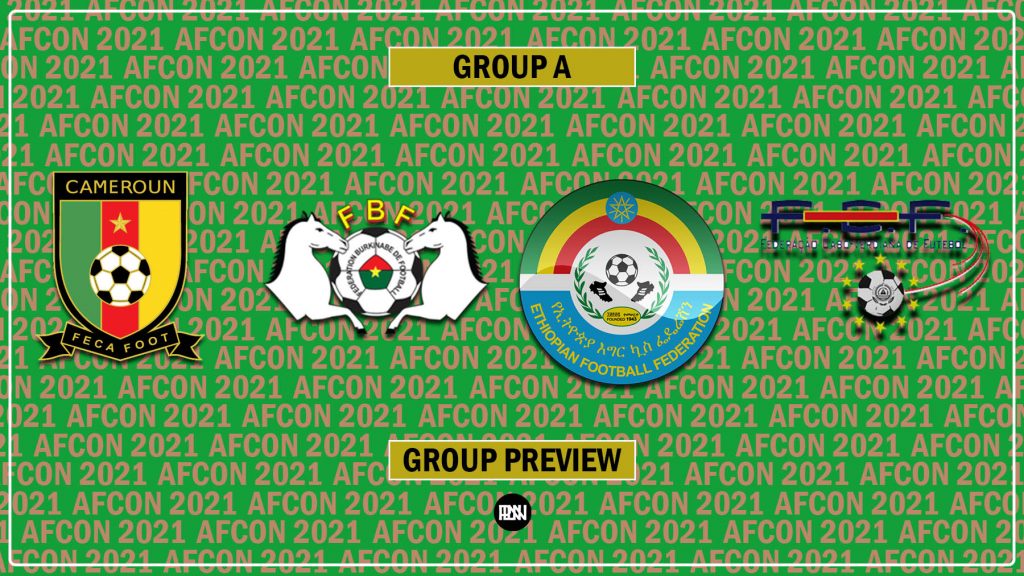 We are just three days until the taste of yet another Africa Cup of Nations (AFCON) tournament on the African continent.

The tournament, which will be held in Cameroon will be the 33rd edition since the inception of the Africa Cup of Nations in 1957.

With just a little or no time to go, Premier League News Now brings you a look at Group A, which features host nation Cameroon, Burkina Faso, Cape Verde and Ethiopia. We also look at the favorites to advance from the group as well the teams’ performances in their involvement at the continental showpiece, their best players to watch and the skippers from each side. 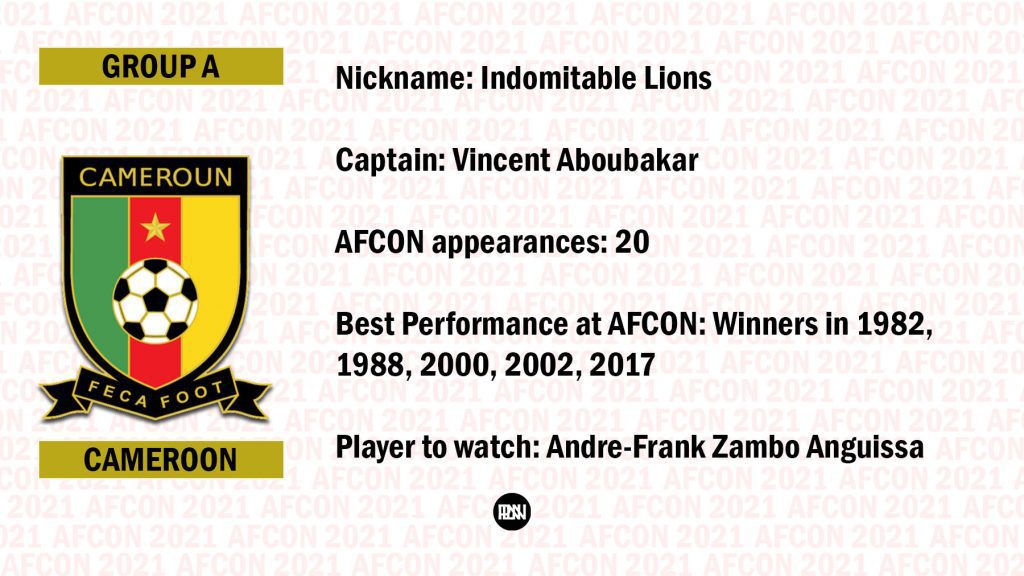 Cameroon have been one of the top performers on the African continent for more than a decade. The Central African side have made a total of 20 appearances at the Afcon (including the 2021 edition). They will begin their campaign as the host nation after they earn the right to host the competition.

The Indomitable Lions will go into the tournament with Vincent Aboubakar as their skipper. The Al-Nassr forward will be a leader on and off the pitch for the team following his experience from the last tournament in 2017, before missing out on the 2019 edition.

Aboubakar has been involved in 10 league goals in the Saudi Professional League and head coach Toni Conceicao will be hoping the player’s club form will be essential for his side making an impact at the Afcon.

Among the stars for Cameroon, Andre-Frank Zambo will be one of the key players to watch. The Napoli midfielder, following his spell in England and Spain is now flourishing with the Italian side and availability will be important for the host nation. 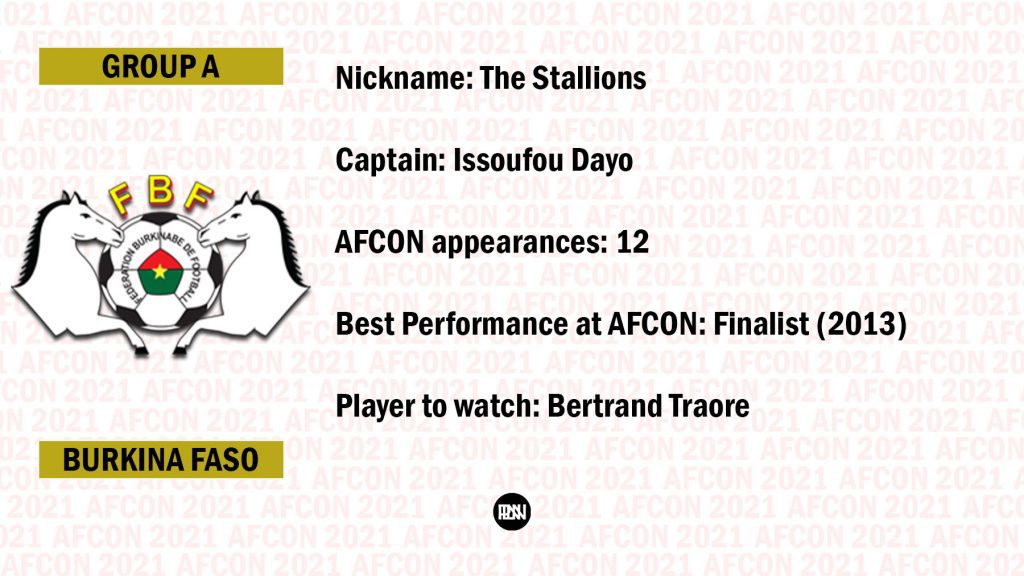 With 12 appearances at the event, Burkina Faso’s best performance at the Afcon came in the 2013 edition, where they beat Ghana on penalties to make a final finish at the competition eventually losing the title to Nigeria.

The Stallions have since failed to replicate such performances on the continent as they have struggled in the subsequent ones. Burkina Faso also missed out on the last edition of the Afcon, having failed to progress to the knockout stages of the one held in 2017.

A recent upsurge in performances means Kamou Malo’s side are back among one of the favorites to fight for the Africa cup this year in Cameroon. They won three and drew three of their six qualifying games for the tournament, scoring six times and conceding just two.

Aston Villa’s Bertrand Traore is one player to watch in the Burkina Faso squad. In his last Afcon tournament, the 26-year-old scored one and assisted the other as Burkina Faso exited in the group stages. The Stallions will also be boosted by the addition of Edmond Tapsoba and Issa Kabore. 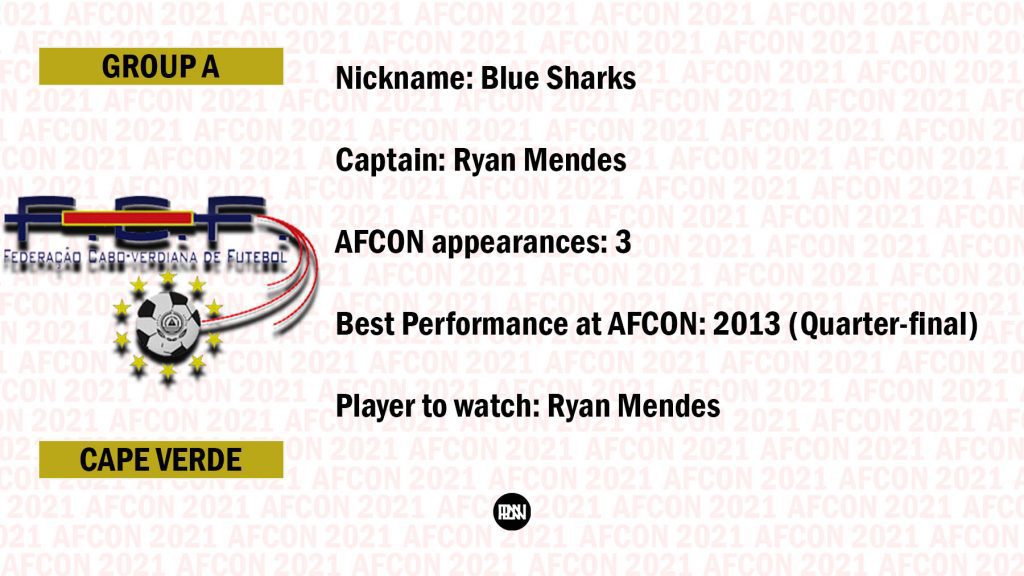 Cape Verde will be making what is just their third appearance at the Afcon since they made their debut in 2013. Just like Burkina Faso, Cape Verde’s best outing at the continental showpiece came during the 2013, where they also faced the Black Stars of Ghana, losing 2-0 in that game.

The Blue Sharks failed to win or loss any of their games during the 2015 Africa Cup of Nations. Having drawn all three matches, they were unable to go past the group stage as goal superiority ensured DR Congo occupied the second position at the expense of Cape Verde.

With an improved squad from their last Afcon, Cape Verde are also toted as one of the best teams to look out for in the upcoming competition.

Pedro Leito Brito has entrusted Ryan Mendes with the captain’s armband and the forward’s presence in front of goal will be the needed spark the Blue Sharks need. 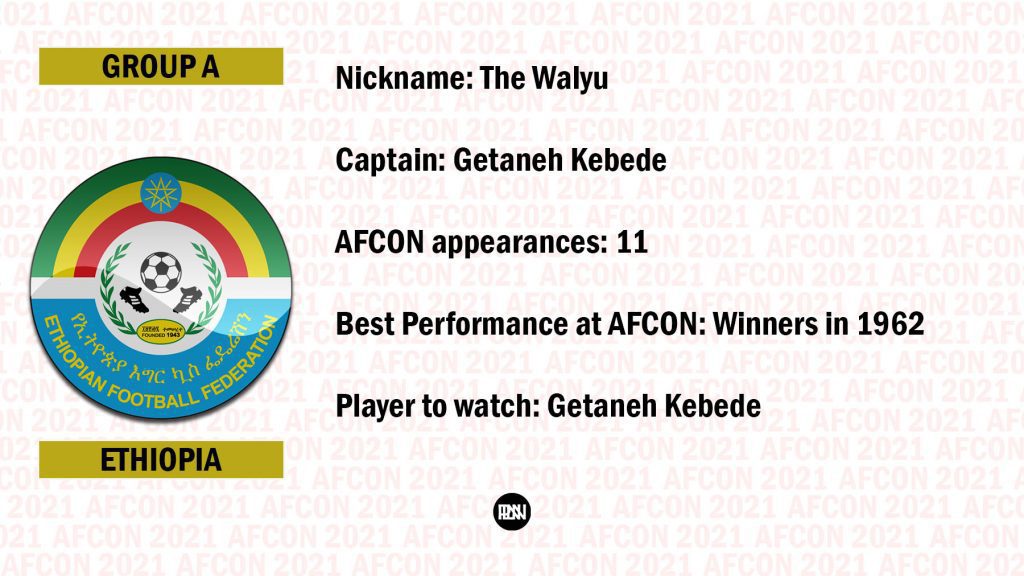 The Walyas, despite making 11 appearances at the tournament have not been present since 2013. They have failed to qualify for the last three editions of the Afcon. In 2013, they exited the competition in the group stage without a win and finished bottom in Group C.

Ethiopia have won the trophy once in their history, beating Egypt to the title in 1962, in their own backyard. For Wubetu Abate, the 33rd edition of the Afcon is a very good opportunity to restore themselves onto the African scene as a good footballing nation.

Getaneh Kebede is definitely an option to keep an eye on. He will also be the player to captain the national team at the showpiece. 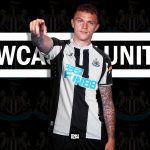 Kieran Trippier to Newcastle – a much needed boost for the Magpies!
Next Article 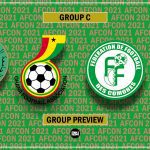